They’re mad at their bachelorhood and at capitalism. 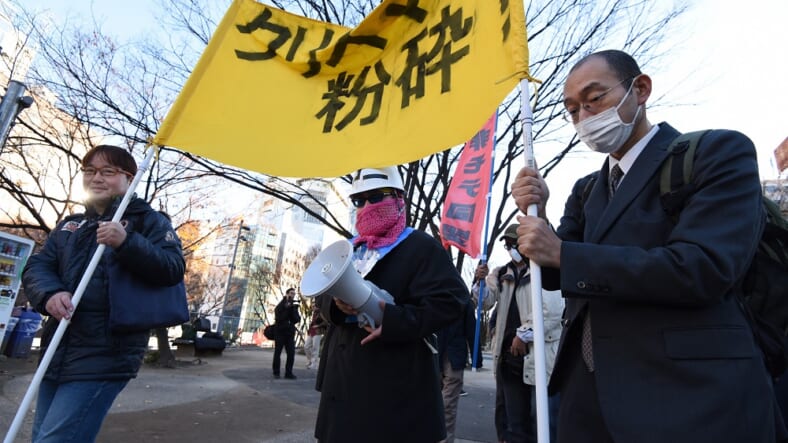 They were mad at being alone and angry at Christmas, and Saturday they took their grievances to the streets of Tokyo. The men—who said they were “Losers with women” and felt that the holiday season discriminates against them in particular—marched in Tokyo’s Shibuya shopping district, carrying banners that read “Smash Christmas,” reported Agence France-Presse (AFP).

It wasn’t just lacking a honey to hold as the winter cold descended that had these guys up in arms, reported the press service, the men also said they “were against capitalism and were opposed to the commercialization of Christmas.”

The group is formally known as the “Revolutionary Losers’ League” reported the AFP. Markwater, the pseudonymous leader of the League, said they believe “money is extracted from people in love, and happy people support capitalism.” To his group, said Markwater, Christmas pretty much proves their point.

There truly was a dual purpose at work, however, and that was expressing the groups’ solidarity with “Unpopular men, who don’t have a girlfriend or are not married.”

Christmas can definitely be a pretty crappy time to be alone for men and women alike, so it’s easy to understand the perspective Markwater expressed on behalf of his Losers’ League. That said, since just 20 guys showed up, we feel it’s safe to say this hasn’t become a worldwide movement. . . yet.