This is one of the most badass kills we’ve ever heard of. 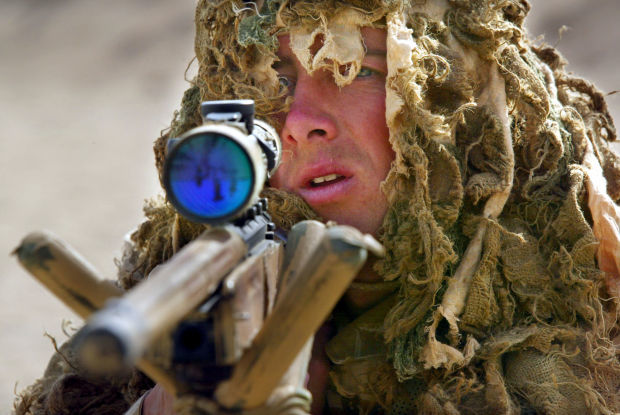 A British sniper killed a top ISIS executioner and three other terrorists with a single bullet from nearly a mile away–just moments before the executioner was about to torch 12 hostages with a flamethrower.

The Special Air service marksman shot a round from his Barett .50-caliber rifle into a fuel tank on the terrorist’s back, which exploded into a fireball that engulfed the executioner and three ISIS fighters there to film the killing of civilian hostages in Raqqa, Syria, reports the UK’s Daily Star.

The ISIS executioner, who was reportedly known for burning hostages alive with a flamethrower, had been on a US “kill list” for several months, sources told the Star, which did not identify the sniper or the ISIS executioner.

The New York Post, which also reported the story on Sunday, added:

He and his band of wicked men had been traveling around ISIS-held compounds in Syria slaughtering civilians labeled as spies.

Their prisoners were tied to stakes or thrown in cages before being torched by the executioner, according to the report.

Just before the sniper rescue operation outside of Raqqa, Syria, “the SAS team moved into an overwatch position above a village where they were told the execution was going to take place,” a source told the Star.

Up to 12 civilians were going to be murdered — eight men and four women.

“The executioner gave some sort of rambling speech . . . then when he finished, the SAS sniper opened fire,” the source said.

The captives were later rescued by British and US special forces.

The daring operation comes several months after another SAS sniper snuffed out two ISIS car bombers with a single bullet that went through the driver’s skull and the passenger’s neck, killing them both.