It was a brutal, beautiful storm. 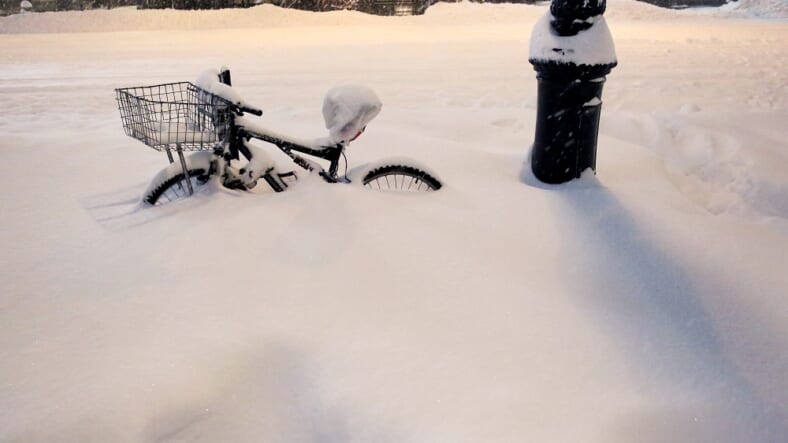 The Great Blizzard of 2016, #Snowzilla, Jonas—whatever you want to call it, the massive storm that swept the eastern U.S. Friday and Saturday was one for the record books. It lashed big East Coast cities from Washington DC up through New York with heavy snow and driving, hurricane-force winds. At least 19 were killed in storm-related mishaps.

New York City had its second-largest single-day snowfall in history, reported the New York Times, with just under 27 inches falling before midnight Saturday. For the first time in history, a single storm hit both the nation’s capitol and NYC with more than 18 inches of white stuff at the same time.

In a comprehensive report on the storm and its effects across the country, the Guardian noted the blizzard’s human toll, even apparently leading to homicide:

People were killed in weather-related car crashes in Arkansas, North Carolina, Kentucky, Ohio, Tennessee and Virginia. One person died in Maryland and three in New York City while shovelling snow. Two died of hypothermia in Virginia, officials said. In North Carolina, a man whose car had veered off an icy road was arrested on charges of killing a motorist who stopped to help.

Jonas’s effects were felt from the Gulf Coast to Southern New England, where blizzard warnings were issued for Cape Cod, Nantucket and Martha’s Vineyard. The Guardian quoted expert meteorologist Paul Kocin, who confirmed what may have seemed obvious to weather-watchers: Jonas was a “kind of a top 10 snowstorm.”

The way Jonas completely shut down the largest city in the nation was enough to prove Kocin’s assertion. All Broadway shows were cancelled in New York City. Most subway services were shut down and a travel ban issued in the southeastern portion of New York State, keeping all but emergency vehicles off the roads.

A massive number of flights from both Washington DC and New York airports were cancelled, and on Sunday it looked like it might take some time for the airways to fill up again as airports from JFK to Reagan International plowed snow from runways.

For all the effect it had on nearly 100 million Americans, the powerhouse storm also produced some amazing sights, well illustrated by a number of time-lapse videos depicting the steady onslaught.

First, a look from space:

Then from a back deck in a Virginia suburb:

A striking look at Times Square slowly vanishing under the white:

A Maryland suburb disappearing with a bonus bonehead moment at the end:

The storm burying Washington, courtesy Reuters and the Post:

The Post published a meaty explainer on the superstorm Sunday, illustrating just how it evolved into the monster it became. It’s a must-read for anyone with even a passing interest in meteorology.

Snowzilla’s final toll in terms of property destruction and even loss of life won’t really be clear for some time.

And winter isn’t even close to being over, so there will be more to come—February in particular can often be a month of intense and frigid weather across the northeastern United States.

Some people did take time to have real fun with the storm, and maybe that’s the best approach. You can’t beat Mother Nature; might as well lean in and have some fun with her.