“She has nerves of steel.” 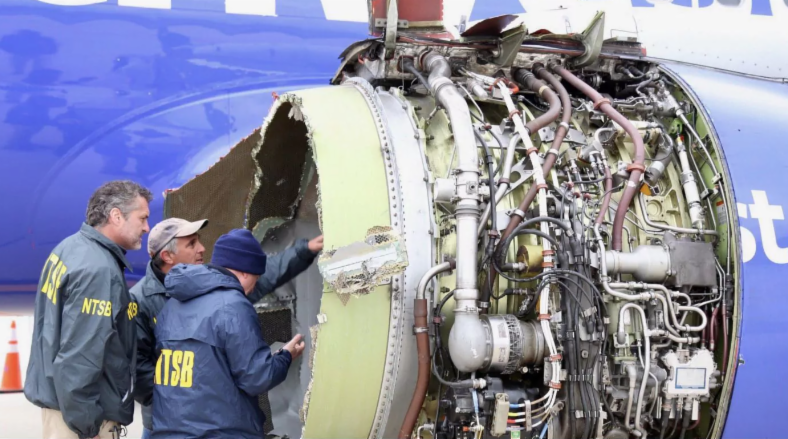 Everything could have gone to hell on Southwest Airlines flight 1380, and at minimum passengers might have panicked. But the captain was in control, and they felt it.

It only made sense. Captain Tammie Jo Schults was one of the first women to become a fighter pilot for the Navy in 1985. If there was anyone qualified to handle such a crisis, it was her.

Flight 1380 had been in the air for 20 minutes when an engine exploded. The only thing worse than what happened next would’ve been a crash. A passenger window was shattered by debris from the engine, sucking passenger Jennifer Riordan halfway out the opening before she was pulled back in. Oxygen masks dropped and the plane then dived 10,000 feet from its cruising altitude of 30,000 before it leveled out.

Riordan later passed away at a Philadelphia hospital after the damaged plane made its emergency landing there. Seven other passengers were injured. The toll would’ve been much higher were it not for Captain Shults, .

Navy Veteran Tammie Jo Shults, age 56, one of the first women to fly an F-18, safely lands passenger jet after engine failure. THIS IS WHAT A HERO LOOKS LIKE. pic.twitter.com/b9U5ZH8xwT

Shults spoke calmly and slowly, describing the emergency unfolding more than 30,000 feet in the air — all the while trying to land a plane with engine failure.
“We have a part of the aircraft missing,” she told air traffic control.
Speaking briefly about the emergency landing the plane would have to make in Philadelphia, she asked matter-of-factly: “Could you have the medical meet us there on the runway as well? We’ve got injured passengers.”

Asked if the plane was on fire, Shults reportedly said, “No, it’s not on fire. But part of it is missing. They said there’s a hole and that someone went out.”

CNN quoted several passengers who testified to Captain Shults’s command of the situation.

@SouthwestAir These are the hero’s of SWA 1380 NYC to Dallas We lost an engine mid-flight and they guided back to Philly saved 149 on board pic.twitter.com/RNA8sXRBZA

Passenger Amy Serafini said once they were on the ground, Shults hugged crew members, saying “You all did a great job. You did a very good job.”

Shults then went to check on passengers and make sure everyone was okay. Speaking to a Philly TV station, passenger Alfred Tumlinson likely spoke for everyone else on the flight. “”She has nerves of steel,” he said of Captain Shults, “That lady, I applaud her. I’m going to send her a Christmas card, I’m going to tell you that, with a gift certificate for getting me on the ground. She was awesome.”

Most people have no idea how they’ll really respond to a life-threatening, terrifying situation. It’s obvious Capt. Tammie Jo Shults knows, and she just showed the world she’s got the right stuff.