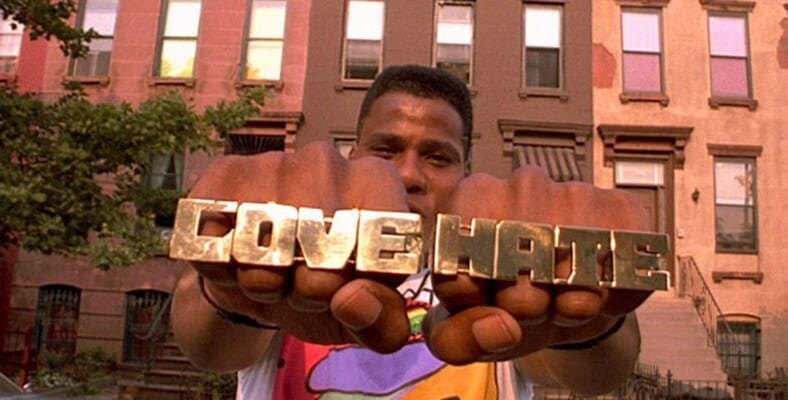 Spike Lee’s classic 1989 movie Do The Right Thing is not only the director’s most acclaimed work, but the dramatic scene of cops choking out Radio Raheem has renewed relevance in light of the death of George Floyd at the hands of Minneapolis police.

Lee recently shared a powerful new short film on Twitter called 3 Brothers, referring to Eric Garner and George Floyd, two black men who died while being detained by police, and Radio Raheem, a character killed at the end of Do The Right Thing.

The director’s 94-second clip cuts back and forth between Radio Raheem’s on-screen death and cellphone footage of officers choking out Garner and Floyd. Before his death on May 25, Floyd echoed Garner’s final words: “I can’t breathe.”

Lee debuted the short film during an appearance on CNN, where he told anchor Don Lemon of the protests: “We saw this with the riots in the ’60s, with the assassination of Dr. King. Every time something jumps off and we don’t get our justice, people are reacting the way they feel they have to, to be heard.”

“People are fed up, and people are tired of the debasing, the killing of black bodies.”