The man behind characters like Iron Man, Thor, and Black Panther has left us. 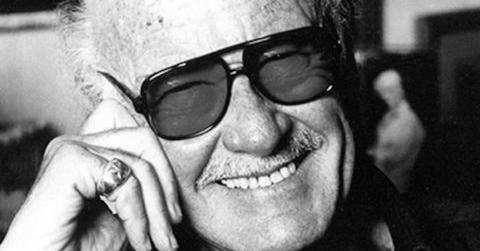 Stan Lee, the legendary co-creator of Marvel Comics and countless beloved comic characters from Spider-Man to Black Panther, has passed away. He was 95.

Stan Lee's name and co-creations have appeared in over 2 billion comicbooks and in countless languages across his almost eight decades in the business. That's gotta be a world record or something, right? #NationalComicBookDay pic.twitter.com/RgWqfNEXwI

The Bronx-born Lee began his career in 1939 as an interim editor at Timely Comics. Through his collaborations with the likes of Jack Kirby and Steve Ditko, he turned Timely into Marvel Comics and wove stories around a laundry list of characters who soon became household names.

There will never be another Stan Lee. For decades he provided both young and old with adventure, escape, comfort, confidence, inspiration, strength, friendship and joy. He exuded love and kindness and will leave an indelible mark on so, so, so many lives. Excelsior!!

Those characters—Iron Man, Hulk, Spider-Man and many, many others—would come together to form The Avengers, the group at the center of the Marvel Cinematic Universe that’s been shattering box office records for the past twenty years or so. While Lee stopped writing comics decades before the debut of 2008’s Iron Man, he assumed the role of Marvel’s most visible ambassador and his often funny cameos in each of the MCU films became familiar Easter eggs.

Damn… RIP Stan. Thanks for everything. pic.twitter.com/TMAaDJSOhh

I had the good fortune to actually sit down and talk with Stan a few years ago. He was in his late 80s at the time and still on top of his game, wise-cracking and whip-smart. The interview was supposed to be about the Spider-Man video game du jour but our conversation veered way off track.

I was visibly nervous at meeting my idol, yet he put me at ease. He made jokes. He complimented my interview skills. He told me he liked Twitter but thought the word ‘tweet’ was wimpy and he raised his voice an octave to emphasize the point. We talked about the NYC of Lee’s pre-WWII youth vs new NYC. I was mesmerized by this famous octogenarian who didn’t just take the time to speak with me but to really connect with someone so thoroughly his junior in age and accomplishment.

That #FridayFeeling when the end of the work week is in sight and you can kick back and relax. #FlashbackFriday to @NY_Comic_Con a few years ago. pic.twitter.com/xdP4EFXrTq

Stories like mine are not unusual—fans knew Stan Lee as a humble and gracious man. His daughter J.C. said to TMZ after his passing that her “father loved all his fans. He was the greatest, most decent man.” Based on my own experience, I couldn’t agree more.

Rest in peace, Stan Lee. The many worlds of imagination & delight you created for humanity will last forever.

Thank you Stan Lee for making people who feel different realize they are special.

The last question I asked Stan in our interview was what superpower he’d want for himself. His answer was “Luck.”

I don’t know if he had the power of luck or not. For a guy who lived to 95, who found amazing success along the way, and who will go into the history books as a beloved icon and a cultural legend, I do know that the world was lucky to have Stan Lee in it.