Pack Your Bags: Stephen Hawking Warns That Earth Will Be ‘Sizzling Ball of Fire’ By 2600

And that’s if artificial intelligence doesn’t destroy us first. 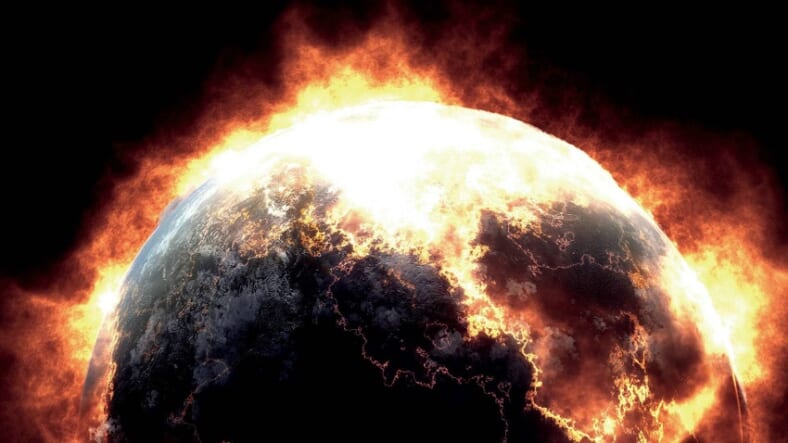 Legendary genius and Nobel-winning physicist Stephen Hawking must be a lot of fun at parties. Look at his view of humanity’s future: Our descendants will all die in flames unless robots kill them first.

To be specific, Hawking thinks artificial intelligence is a catastrophe in waiting, but if that doesn’t do the job, the planet will still end up a “sizzling ball of fire” within 600 years anyway. Whee!

Hawking made his prediction in a speech given long-distance to an audience in Beijing, reports the Mirror. But don’t freak out for your six-times great grandkids’ fates yet, Hawking did sound a hopeful note about mankind escaping such a fate:

The cold reaches of space for two decades vs. being consumed by fire? Definitely going with space.

Regarding AI, Hawking has been sounding that ominous note for a while, telling the BBC in 2014 that the “development of full artificial intelligence could spell the end of the human race.”

Never fear, though. After all, we’re talking hundreds of years from now, and future generations should have ample warning of what they’re up against.  We hope.