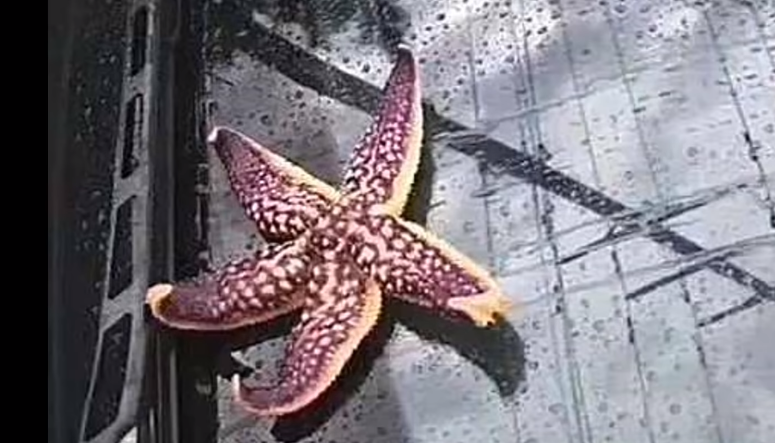 A severe storm recently hit the city of Qingdao, China—a very severe storm, with hurricane-force winds and powerful waterspouts—and that was how the city ended up inundated by the cast of The Little Mermaid.

Waterspouts are essentially tornadoes, and if you consider what tornadoes tend to do anywhere, this isn’t actually all that strange.

But you can easily understand why Chinese social media was soon lit up with Qingdao residents posting pics of starfish, shrimp, and tiny octopuses adorning their windshields. Because damn, who wouldn’t post a photo of something that weird?

A weather service local to the city reported the storm happened Tuesday, according to the Post. Its powerful winds generated multiple waterspouts that danced across the surface of the Yellow Sea, stocking supplies for the crazy seafood buffet it then dropped on the city streets.

Other storms in the region dropped hailstones so hard they smashed through glass and pockmarked buildings and vehicles. It’s likely those residents would’ve been just fine with a clam or two.

Animals from the sky aren’t even a new thing. As recently as 2017 it rained fish in Mexico, and in the past there have been verified storms of red rain and drizzling frogs. It couldn’t get much weirder than frogs, right?

Okay, maybe it could.