Beware the next bare face you see. 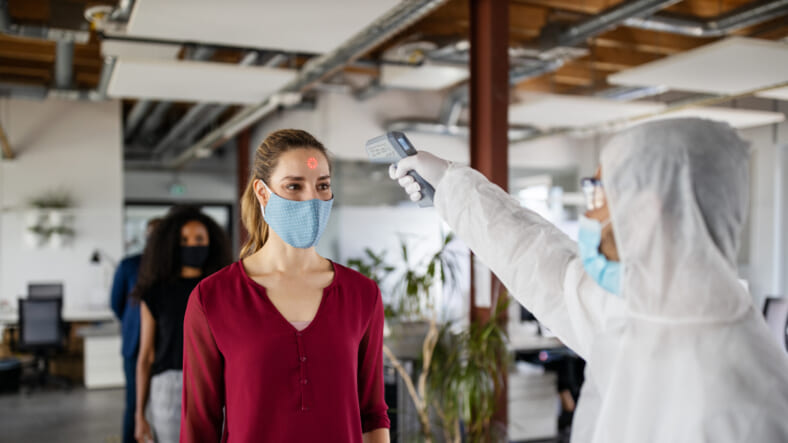 A study conducted in Brazil that found those actively refusing to wear masks or socially distance in order to avoid infection with the coronavirus are likely to have sociopathic traits.

To dispel a myth real quick: Not all sociopaths are murderers. They’re not even violent criminals. Many live their whole lives disrupting the lives of others, but the stereotype we get from movies is a thing of fiction. So to be clear, no one is saying you’re Hannibal Lecter if you refuse to mask up.

However, the Daily Mail reports that along with co-researchers at Brazil’s Universidade Estadual de Londrina, Brazil, Professor Fabiano Koich Miguel discovered being an anti-mask rebel does tend to come with a certain set of recognizable traits.

They quizzed 1,578 Brazilian adults about their compliance with Covid-19 measures.This included asking them, ‘Do you think it is necessary to use a facemask/socially distance/wash your hands more frequently?’. Each individual then took several personality tests online, between March and June, which saw them categorised into two groups.

One set of subjects was labeled “The Empathy Group,” and that was the larger number by far, at 1,200. The other set was close to 400 people and they reportedly showed “signs of antisocial personality disorder, otherwise known as being a sociopath or psychopath.”

The latter group, according to researchers, tried to find ways they could benefit from interacting with others on a personal level. They were also likely to be hostile and “socially detached.”

The smaller group also was much less likely to bother with masking up or keeping 6 feet or so between themselves and others in the interest of not spreading a deadly virus. Their tests scored them with higher levels of callousness toward others. They also tended to lie more—in addition to being impulsive and manipulative.

Professor Miguel, the head researcher, reportedly cautioned against investing too much meaning in his results, saying that they could not “cannot state that if a person chooses not to wear a face mask, the only reason is because they are a sociopath.”

“Although this is possible,” he continued, “there are likely other factors involved.”

The other factors could be a wide variety of health concerns, including mental health—anxieties and phobias, for example.

So don’t necessarily assume the next time you get pissed at an unmasked person a mere two feet away that they are lacking in conscience, but know that it’s a stronger than usual possibility.

Do, however, consider assuming they might already have COVID-19 and just aren’t showing symptoms, and get the hell away. Just in case.