How To Watch The ‘Super Blue Blood Moon’ On Wednesday Morning

This awesome cosmic occurrence hasn’t been seen in the U.S. for 150 years. 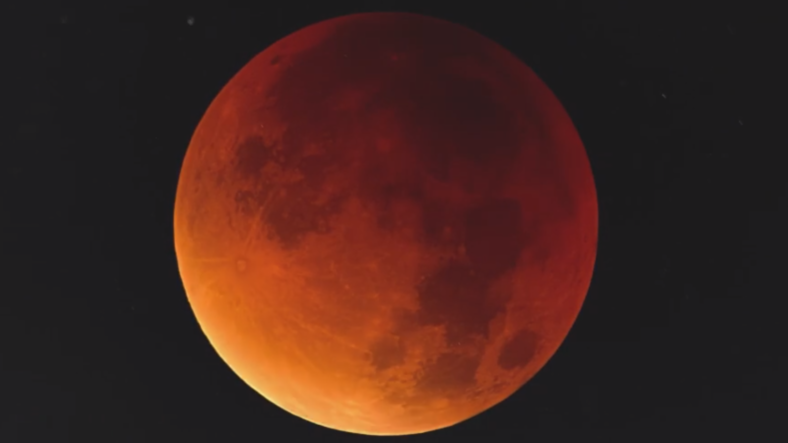 An incredible lunar event is set to unfold in the wee hours of Wednesday, January 31.

What’s been dubbed a “super blue blood moon” will be visible from the Americas for the first time in 150 years. Experts say no one on earth has seen the freaky phenomenon for 35 years.

National Geographic can help us unpack all of those adjectives. “Super” refers to unusually large appearance of a “full moon [that] will be making an especially close approach to Earth.” On January 31, the full moon “will appear about seven percent bigger and 14 percent brighter than usual.”

The word “blue” is used because it will be the the second full moon in a calendar month. The first occurred on January 1.

Because the moon will fully eclipse the sun, it’s expected to take on a brilliant red-orange tint, hence the “blood” descriptor. More on that from Nat Geo below:

Although the moon is in shadow during a total eclipse, sunlight shining through Earth’s atmosphere gets bent, or refracted, toward the red part of the spectrum and is cast onto the moon’s surface. As a result, the lunar disk goes from a dark gray color during the partial phase of the eclipse to a reddish-orange color during totality.While no one can predict exactly what color we’ll see before each eclipse, based on current activity, expectations are that this total eclipse will be a dramatic brilliant orange.

When and where can you see this awesome cosmic occurrence? The New York Times spoke with NASA program executive Gordon Johnston to find out when the moon will pass from the lighter “penumbra” portion of earth’s shadow to the “umbra”—which is when totality occurs—in every time zone across the United States.

For people living in New York and other parts of the East Coast of the United States, the moon will begin entering the penumbra at 5:51 a.m. local time, according to Gordon Johnston, a program executive at NASA. Then it will plunge into the umbra at 6:48 a.m. But because this occurs around the time the sun is rising, you might have trouble seeing much of the eclipse before it drowns in the dawn light.   Midwesterners are a tad luckier as they will be able to see more of the event. For them, the moon enters the penumbra at 4:51 a.m. Central Time and starts to turn reddish around 6:15 a.m. Central Time. Between 6:15 a.m. and 6:30 a.m. local time will be the best chance for anyone living in the Midwest to see the spectacle before the sun rises.  The show starts to get good for people in the Mountain States. The umbra kisses the moon at 4:48 Mountain time. Its red lipstick becomes most visible around 6:30 a.m. local time, until it gets washed away by the sun around 7 a.m.Viewers on the West Coast will have the best seats in the continental United States. They will be able to watch the eclipse from start until finish, unabated by sunrise. The blood moon portion of the eclipse will enter totality at 4:51 a.m. and peak at 5:30 a.m. It will end about 6:05 a.m. local time.

For the best view in your area, Johnston advises looking in the west-northwest direction.