Who’s up for a challenge? 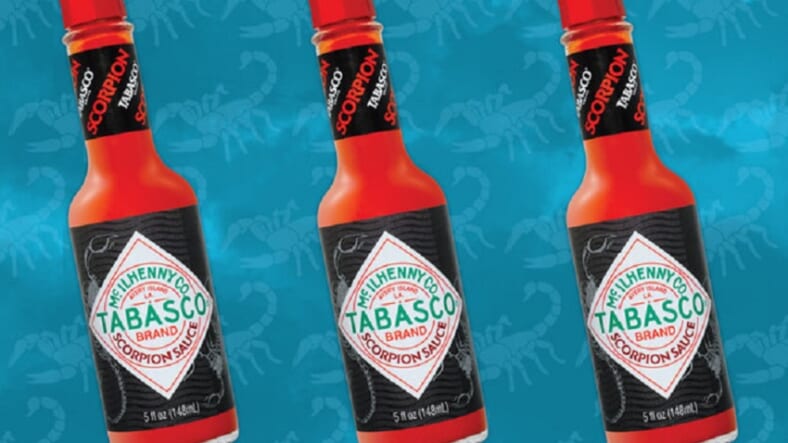 A hot sauce so intense it makes the normal stuff seem like milk by comparison sounds a little crazy. Apparently it’s not too crazy, though, because Tabasco has already sold out of its new Scorpion flavor.

Scorpion is the real deal, too. While Uproxx notes Tabasco’s original red sauce is anywhere from 2000 to 5000 Scovilles (the heat units used to measure pepper intensity), this deadly newcomer is 50,000 Scoville units.

The name has a double meaning as well, nodding to the sting and also the fact that scorpion peppers are a key ingredient, in addition to guava, pineapple, and Tabasco’s original flavor. Scorpion peppers are the second-most intense pepper on earth, just behind the legendarily formidable Carolina Reaper.

So if you’re up to the challenge and have the patience, stick around and wait for Tabasco to put the Scorpion back in circulation, then see if you really can stand the heat.