Too Many People Believe That Ted Cruz is the Zodiac Killer 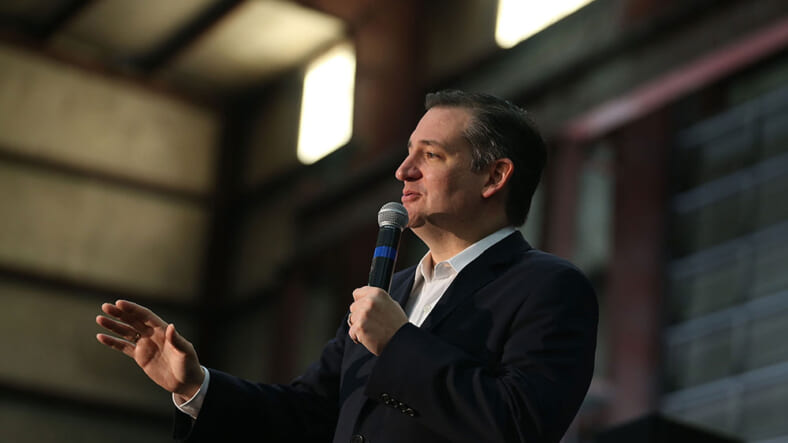 GOP presidential candidate Ted Cruz is many things: the Senator from Texas; an attorney with an impressive legal education who once clerked at the Supreme Court; an ardent conservative battling the likes of real estate magnate Donald Trump for the top spot on the Republican ticket. He’s also, reportedly, not a particularly well liked guy among those who have worked with him in Congress. He is not the mysterious, never-arrested Zodiac Killer—even though a recent poll of left-leaning Florida voters revealed at least 10 percent of them think he is—and 28 percent weren’t sure.

The joke—which has been circulating online in some form for years—has always been about tweaking the nose of the candidate and his supporters. It was never meant to spark an actual rumor. It’s the sort of internet-borne snark that flies across social media every second of every day. And anyone who knows the real story behind the crimes would find it absurd. After all, Ted Cruz was born in late 1970. By then, the Zodiac had taken the last victim many believe he killed, a nurse named Donna Lass. The only way a 45-year-old man could be the Zodiac would be time travel, and that isn’t possible, yet.

However, as The Hill reported Friday, the viral joke has apparently somehow become a thing some people conscious enough to answer a pollster’s questions seem to believe. Even worse—for Cruz and for true crime historians, perhaps—it’s penetrated Google:

Interest in the impossible connection between Cruz and the Zodiac Killer has been so robust, in fact, that it is at the time of writing a top result when typing the words “Ted Cruz is” into the Google search engine.

Anyone worried that the joke conflating the Senator with the serial killer will truly do lasting harm should take heart, though. As The Hill noted, Public Policy Polling appears to lean left, and it sampled just over 450 voters for its poll.

That said, there is actually a real-life precedent for a Presidential candidate committing a truly nefarious murder.