Tesla May Make More Money on Bitcoin Than From Selling Cars 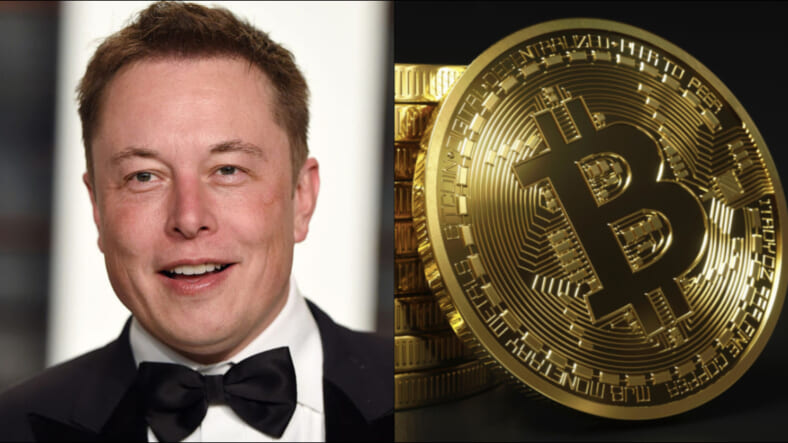 Another week, another wild ride on Elon Musk’s great cryptocurrency rollercoaster. Here’s something you can do when you are one of the wealthiest men in the world:

Just talk about crypto and watch its market value rise. With Musk that happens every time he shouts out the meme-tastic Dogecoin ($DOGE).

While Musk has indicated he just thinks the existence of Dogecoin is funny, he and Tesla are dead serious about Bitcoin ($BTC), and Tesla’s recent purchase of $1 billion in BTC, the premier cryptocurrency, was lucrative, according to multiple reports.

The New York Post has more on how Tesla’s crypto investment has already paid off to the tune of a billion bucks in profit, thanks to BTC’s continuing climb in value:

The eye-popping returns came amid an explosive bitcoin rally that Musk has helped fuel himself. The price of a single bitcoin has shot up 42 percent since Feb. 7 — the day before Tesla revealed its investment — accounting for more than half of its gains this year, according to CoinDesk data.“To put this in perspective, Tesla is on a trajectory to make more from its Bitcoin investments than profits from selling its [electric vehicle] cars in all of 2020,” Wedbush Securities analyst Daniel Ives wrote in a research note on the company’s foray into crypto.

That’s the thing—given that Bitcoin has been continually peaking, rising to $58,000 in value over the weekend before dropping back to the $51,000 zone Monday, it’s kind of a no-brainer to invest in it if you’ve got enough funds to see monster profits from even a minimal market boost.

Still, Musk himself has admitted the current prices of Bitcoin and the next most valuable crypto, Ethereum ($ETH), are steep. Peter Schiff, the Chief Market Strategiest and Senior Economist for Euro Pacific Capital, tagged Musk in a tweet on Friday that read, “According to @elonmusk ‘Bitcoin is almost as BS as fiat money.’ So Musk regards both #Bitcoin and fiat as BS. I agree, I just think Bitcoin, which is digital fiat, is even more BS than the paper fiat issued by central banks. #Gold is not BS. It’s real money and better than both!”

Musk responded with a pair of tweets, writing in part that “Money is just data that allows us to avoid the inconvenience of barter. That data, like all data, is subject to latency & error. The system will evolve to that which minimizes both.” Then: “That said, BTC & ETH do seem high lol.”

The Post notes that it seems likely Musk‘s tweets alone boosted Bitcoin’s overall value to $1 trillion over the weekend, particularly after he tweeted that it is “a less dumb form of liquidity than cash.”

Other huge companies are following Tesla’s lead with crypto, including Mastercard. However, the Post again cites the memo from Wedbush Securities analyst Daniel Ives, who notes that even though “Bitcoin investment is a side show for Tesla, it’s clearly been a good initial investment and a trend we expect could have a ripple impact for other public companies over the next 12 to 18 months.”

There will always be fluctuations but too high price or not, it doesn’t look like the crypto train is stopping anytime soon.