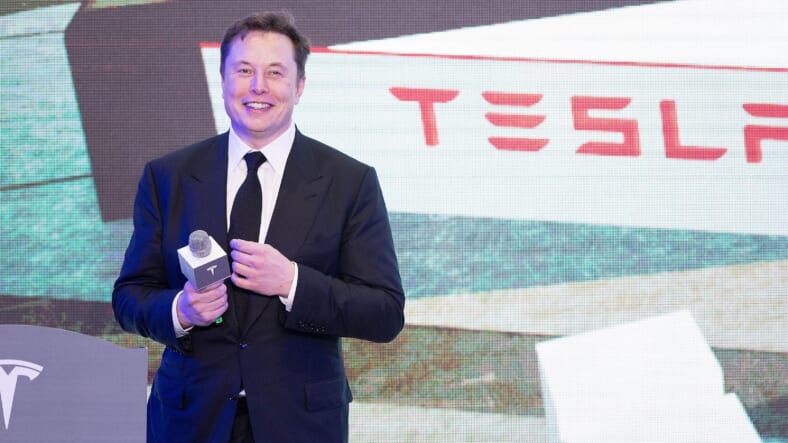 Tesla stocks went bananas on February 3, rising by nearly 20% in value. It was the biggest such increase in six years.

While no one who owns stock in the company—least of all founder and CEO Elon Musk—is unhappy about this, reasons for the boom are a little complicated.

Here’s more info from CNBC, based on forecasting by Argus Research:

The firm’s analysts cited Tesla’s strong fourth-quarter financials, which exceeded Wall Street’s expectations last week. It also raised its earnings per share estimate to $8.01 from $5.96 and expects that to double by 2021.The shares were trading just over $717 after the opening bell and hit an all-time high of $786.14. The stock is up more than 85% year to date. Tesla’s market cap now stands at just over $140 billion.

The climb continued on Tuesday, February 4th, blowing up Elon Musk’s bank account as well. Business Insider reports that overall the carmaker’s shares have increased by 100 percent just since January, “boosting its cofounder and CEO’s net worth by about $15 billion — a bigger gain than anyone else on the Bloomberg Billionaires Index.”

But as great as this all sounds, it might actually be very problematic, according to Nasdaq.com. It’s hard to pin down precisely what is driving the climb, and that’s bad:

Not only is the stock up almost 100% this year already (!), but shares rose by a shocking 20% on Monday alone. Why? The lack of a concrete reason is what makes the move alarming.

There was some relatively minor news from a supplier about battery prices, but otherwise nothing. That is making many traders expect that a short squeeze has hold of the market, making gains artificial and moving the stock dangerously away from its moving averages.

And those “artificial” gains? Nasdaq says this all adds up to “a high degree of irrational exuberance,” and in that case, any kind of negative Tesla news “could cause a huge drop.”

So maybe this would be a bad time for Elon Musk to drop another EDM track or make a 420 joke.

But hey, if he did, he could record all the dance music he wants with the world’s greatest producers and musicians and still not even notice the dent in his bank account.