The Rock Stumbles on a Perfect Slogan For His Presidential Run: ‘More Poise, Less Noise’

He’s still being coy about his political ambitions, but that might change soon. 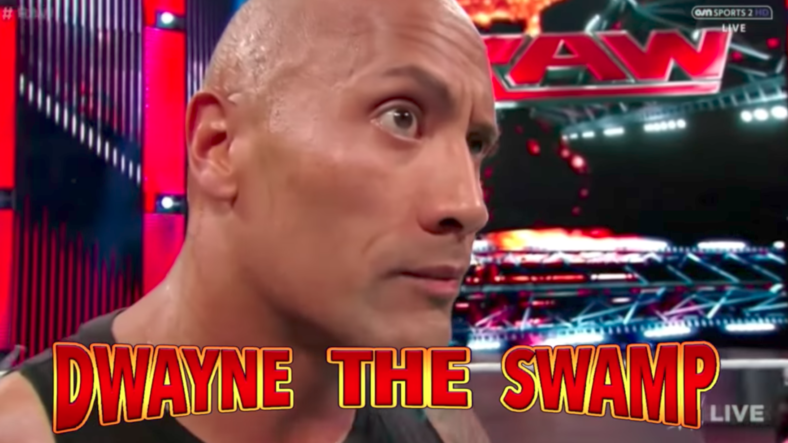 Dwayne “The Rock” Johnson appeared on The Tonight Show Thursday night for what was supposed to be a promotional spot for Baywatch. But like most conversations these days about the wrestler-turned-actor, it soon became a discussion of his political ambitions.

“I’ve really been blown away, right. It’s so flattering,” he told Jimmy Fallon, who asked why the country is so interested in The Rock running for the highest office in the land. “I think it’s becuase a lot of people want to see a different leadership today. Or, I’m sorry, not different, but a better leadership today. More poise, less noise.”

Wait. Stop. Record scratch noise. You catch that? “More poise, less noise”? It’s an ad-libbed campaign slogan that could take The Rock right to the White House. It’s perfectly meaningless, like a good slogan should be. And it would fit on the front of a hat. After the poll this week that said The Rock would defeat President Trump in an election held today, it’s worth wondering if this fantasy may soon become a reality.

And If you need any more proof that The Rock could be a legit contender for the presidency, look no further than this mock commercial that Jimmy Kimmel ran this week. The set-up is simple: What if The Rock and Trump locked horns in a GOP primary (remember, The Rock is a Republican) that was part election and part Pay-Per-View event?