“My interpretation of ‘fun’ has always been slightly debatable.” 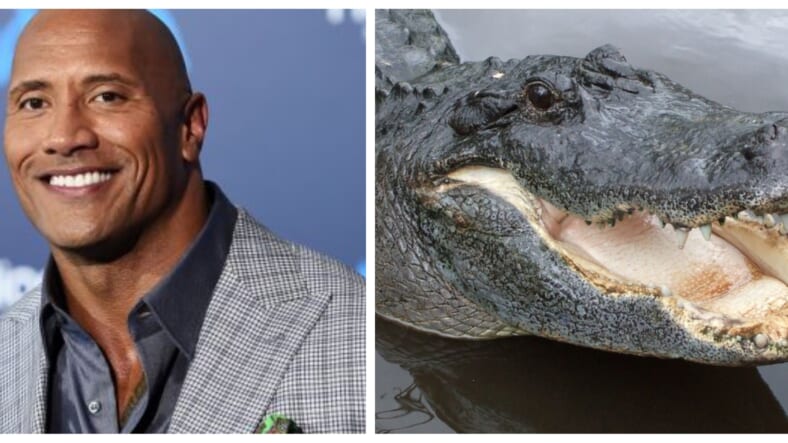 He once played the heel to perfection back in his WWE days, but the truth is, it’s hard to find anyone who doesn’t like Dwayne “The Rock” Johnson. It’s also hard to imagine fans getting mad at him—but recently he did piss at least a few people off in an unexpected way.

The action star recently posted a TBT (Throwback Thursday) pic on his Instagram in which he was squatting on the back of an alligator and holding its deadly jaws shut.

Johnson’s caption stated that the photo was made in the Everglades, where he “tamed Big Bertha — the legendary swampland gator responsible for biting off 7 human arms, 47 toes, 12 truck bumpers and 1 leather fanny pack.”

TBT in our beloved Florida Everglades where I tamed Big Bertha — the legendary swampland gator responsible for biting off 7 human arms, 47 toes, 12 truck bumpers and 1 leather fanny pack. My interpretation of “fun” has always been slightly debatable. Now kindly hold my tequila tea, I gotta gator to wrassle 😈💪🏾

“My interpretation of ‘fun’ has always been slightly debatable,” he wrote.

As usual, the pic grabbed millions of likes from his followers who had no issue with a man facing off against a gator vicious enough to eat a fanny pack. Then there were the people who did have issues, claiming the photo was evidence of animal cruelty.

A commenter wrote that Johnson “shouldn’t be sitting on an alligator” because she was in “her natural environment.” The gator was just eating to survive, and The Rock was committing “animal cruelty.”

Another comment said that the “post was reckless and irresponsible. It’s also the second time the rock posted it and he received the same backlash from it then first time he posted it. To say I’m very disappointed in [The Rock] for promoting wildlife in captivity, would be an understatement.”

Wrestling or killing an alligator is basically illegal in Florida. But it’s also hard to imagine The Rock was in any way serious about wrestling Big Bertha.

This Instagram post from @TheRock did not age well. Reached out to his publicist several times today to see if he has any new thoughts on MBS, but no response. pic.twitter.com/N538sD52X1

It seems to be the big guy’s week for controversy, though. He also drew fire from a CNN reporter for having dinner with Saudi Arabian Crown Prince Mohammad bin Salman when the prince was visiting the US in early 2018. Bin Salman has been accused of ordering the horrific torture and death of Washington Post columnist and legal US resident Jamal Khashoggi.

The Rock had a surprisingly level response, considering what he could have said.

Such a silly, clickbait post, Oliver. Im surprised you’d post this. Go back and really read my words. I listened and learned then. As I listen and learn now. C’mon man

Dwayne Johnson could break a man’s neck with one hand if he wanted, but he responded to criticism from a journalist with (admittedly irritated) civility.

A guy who’s rolling in millions and is a global superstar isn’t hurting for anything, but still, maybe everyone should calm down and give the man a break.