The victim managed to disarm one of the thieves but a bystander was shot in the process. 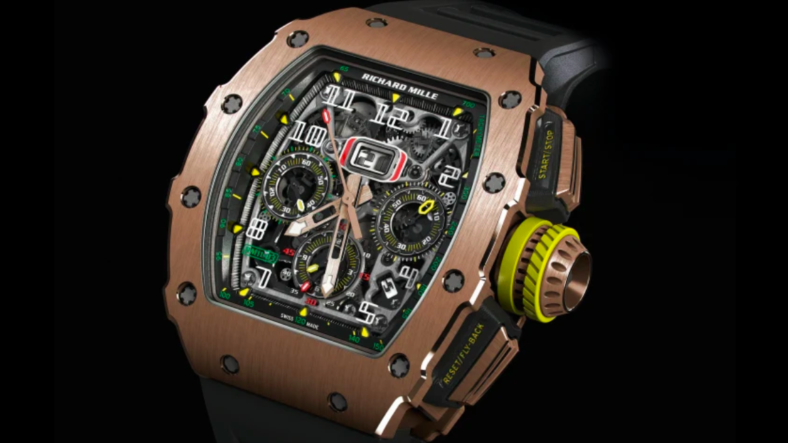 Richard Mille watches have a lot of famous fans like Odell Beckham Jr. and golfer Bubba Watson, and they don’t look like anything else. Sure, there are ripoffs of the iconic designer’s busy, everything but the kitchen-sink style, but a sharp-eyed watch aficionado could probably spot a Mille like the RM 11-03 pictured above from across the street. So could thieves looking to score a quick half-million off a simple mugging.

The latter happened to Shay Belhassen on March 4, 2021, in broad daylight, in downtown Los Angeles. In the process Belhassen’s $500,000 rose gold RM 11-03 was taken and an innocent bystander took a bullet.

Belhassen owns DBS Diamonds, which has shops in New York, Hong Kong, and LA. The Los Angeles Times reports the jeweler had “just shown a client some watches at his new Beverly Hills showroom” that Thursday then sat down to lunch when he saw three men in hoodies. Belhassen seemed to sense what was coming next. Here’s more from the Times:

“One of them ran and pulled a gun from his jacket pocket, grabbed me from the back of my chair, choking me and putting a gun to my head,” Belhassen said in an interview with The Times on Friday morning. “His two friends — one of them is yanking my hand and the other is yanking at my watch.”Belhassen said instinct kicked in from there.

That was where things got hectic. Belhassen decided he wasn’t going down without a fight.

“I grabbed the gun with both my hands and fought them to the ground,” Belhassen told the Times, “At the end of the fight I ended up with the gun, and they ran away.”

While Shay Belhassen can be pretty proud of taking on three guys, one of them armed, his watch was still gone—and the gun fired as the men struggled, slightly injuring a woman who was eating nearby.

Now Belhassen is offering a $50,000 reward for the return of his rose gold Richard Mille RM 11-03 Flyback Chronograph. And he’s mad, as anyone would be.

According to the Times, “Belhassen said part of his anger was based on the fact that similar crimes have been happening in the area repeatedly in recent weeks.” He indicated that those incidents haven’t received much attention, and that in the words of the LAT, “he doesn’t believe police are doing enough about it.”

Milles are apparently very tempting targets. Tennis star Rafael Nadal was robbed of his watch a few years ago while playing in a tournament, and in 2018, a thief in Paris snagged an $830,000 RM 51-02 Manual Winding Tourbillon Diamond Twister right off the wrist of a Japanese businessman copping a smoke by the Arc de Triomphe.

The Beverly Hills PD indicated they believe Belhassen was targeted for his watch. The robbery is still under investigation.

Might be a good time for anyone with knowledge of the crime to realize it would be easier to get the $50,000 reward by turning in the culprits than by fencing such a distinctive watch.