10 Insanely Expensive Things You Can Do with The $1.6 Billion Mega Millions Jackpot

Here’s what you can splurge on if you’re lucky enough to win the biggest lottery ever. 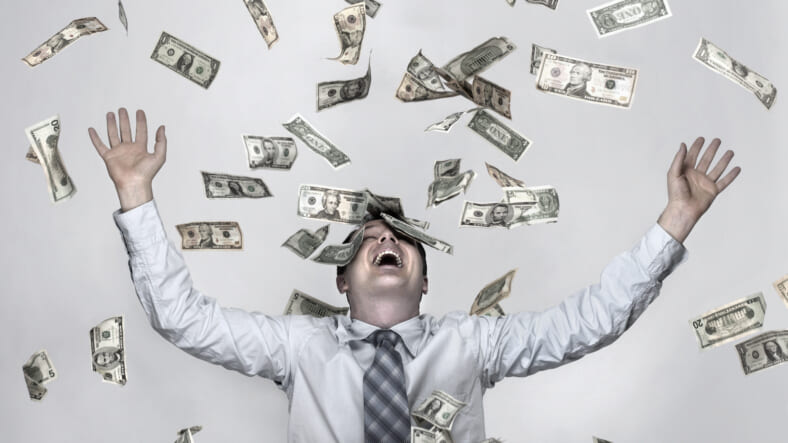 In case you haven’t heard, the Mega Millions jackpot is currently a mind-boggling $1.6 billion, which is a WILD amount of money, and also the biggest Mega Millions prize in history.

But here’s the thing: Assuming there’s a single winner, they’re not going to get $1.6 billion. According to the Mega Millions website, the cash option is an estimated $905 million, but federal tax withholding of 24 percent will automatically shave $217 million off the prize.

And on top of that, state taxes will take a big bite out of the winnings, too, so around 45 percent of the lump sum will go to taxes, leaving you with around $500 million. But still, half a billion dollars is not too shabby.

Before you get all excited and run out to the gas station for some lottery tickets, though, keep in mind that your odds of winning are extremely slim, at one in 302.6 million.

However, you never know what’s going to happen and you might win and end up with more money than you’ll know what to do with.

If you’re struggling to come up with ideas on what to do with half a billion dollars, here are some genius ideas for the winner of the jackpot, with an assist from the fine folks at CNBC.

When you’re a multimillionaire, anything is possible — including buying yourself 86 Bugatti Divo hypercars, which will set you back $5.8 million per car.

2. Buy 454 bottles of the world’s most expensive whiskey

At $1.1 million a bottle, you could go out and hypothetically buy 454 bottles of Macallan Valerio Adami whiskey — a.k.a. the most expensive whiskey in the world — if you win the lottery.

I say hypothetically because 1) There were only 12 bottles ever made, and 2) You haven’t won the lottery and probably won’t win it. You know, statistically speaking.

For $200,000 a ticket, you and 2,500 friends can go to outer space on Jeff Bezos’ Blue Origin pods and try to spot aliens or whatever…or you can ditch your friends and just go to space 2,500 times.

Super unnecessary, but that’s the definition of having “Fuck You Money.”

With your Mega Millions jackpot, you can invest your $500 million in gold and get 7.7 tons of gold in bars, which is pretty fucking baller and a smart move.

5. Spend 6,666 nights in the most expensive hotel room in America

According to CNBC, “The Mark Hotel in Manhattan, New York has the most expensive hotel suite in America, a 10,000-square-foot penthouse that costs $75,000 a night.

6. Buy Necker Island from Richard Branson, and then buy 7 other islands

“Virgin Group founder Richard Branson famously purchased 74-acre Necker Island in the Caribbean for just $180,000, a fraction of its $5 million asking price. In 2006, Branson estimated the island’s value at about $60 million, according to Business Insider,” explains CNBC.

So, if Branson wanted to sell it for $60 million (that’s petty cash compared to your $500 million), you could buy that island with ease…and then buy seven more islands, just because you can.

7. Buy one of the most expensive houses in America

📍908 Bel Air Rd | $180,000,000 – An era defining estate that exudes quality from every angle, 908 Bel Air is a masterpiece in every sense of the word. The grand scale is evident from the 29’ entryway ceilings to the expansive views spanning the snowcapped mountains of the Angeles forest to the offshore oasis of Catalina. 34,000 square feet of pure perfection. – ⇲ Visit our link in bio for more

Located in Bel Air, this 34,000 square foot home is currently one of the most expensive houses for sale in America, listed at $180 million.

If you buy it, you’ll have $320 million to spare, with which you can construct a couch out of stacks of hundred dollar bills.

If I’m being honest, this would be my choice of action. Can you imaging coming home after a long day of spending money and unwinding on your couch made of cash? Amazing.

At $22 million per helicopter, the lucky winner of the Mega Millions jackpot can splurge on 22 epic Airbus H160s, which can cruise at 185 mph with a range of 500 miles.

If you’re thinking to yourself, “Why would I buy 22 helicopters?” Let me follow up with a counter-question: Why wouldn’t you?

“In September, Amazon made history when it briefly reached a $1 trillion market cap, the second public company in the U.S. to ever do so. Want a piece of that pie? The person who wins the Mega Millions can afford it,” CNBC writes.

At Dominique Ansel Bakery, one of the most unnecessary but also most famous pastries of modern days was born: the cronut. Half croissant, half donut, this unholy hybrid goes for around $6, which translates to over 83 million cronuts.

Think of it this way: If you eat 83 million cronuts, will you die? Probably. But are you a multi-millionaire who can do any goddamn thing he wants? Yes. So, bon appetit!