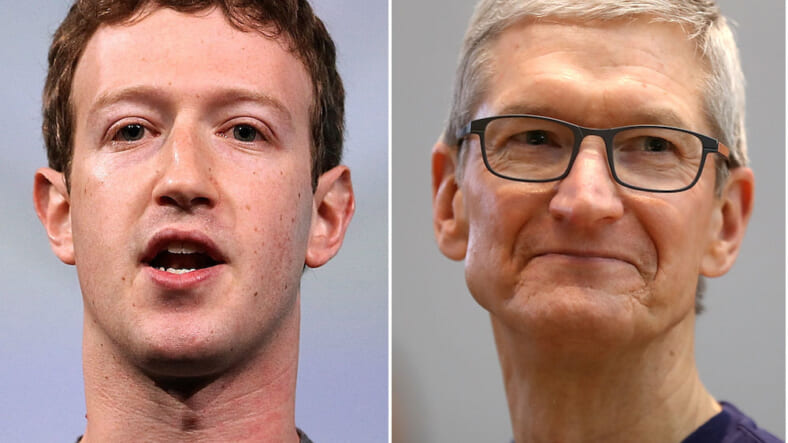 Apple CEO Tim Cook ripped Facebook on Wednesday, saying in an interview that the company’s business model, which relies on collecting troves of data from customers and then selling that data, is a tantamount to a human rights violation.

“The truth is we could make a ton of money if we monetized our customer, if our customer was our product,” Cook said in an interview with MSNBC’s Chris Hayes and Recode’s Kara Swisher. “We’ve elected not to do that.”

“Privacy to us is a human right. It’s a civil liberty, and something that is unique to America. This is like freedom of speech and freedom of the press,” he said. “Privacy is right up there with that for us.”

Once they do exist, he said, the troves of information can be “abused against our democracy. It can be abused by advertisers as well,” he said.

Cook is a long time critic of the Facebook—and Google—model of mass data collection. Back in 2014, he told Charlie Rose that consumers should be wary of companies that do what those tech giants are doing.

“You are not our product,” Cook said. “I think everyone has to ask, ‘How do companies make their money?’ Follow the money. And if they’re making money mainly by collecting gobs of personal data, I think you have a right to be worried and you should really understand what’s happening with that data.”

It appears he was right. Cook’s latest criticism comes on the heels of a growing crisis Facebook is facing after the Cambridge Analytica data-sharing scandal, which involves the alleged misuse of data from 50 million users. The social media giant has also been hit with a spate of lawsuits.

Facebook CEO Mark Zuckerberg has agreed to testify to Congress about the Cambridge Analytica data issue, which he admitted to CNN constituted a “major breach of trust.”

“We have a basic responsibility to protect people’s data and if we can’t do that then we don’t deserve to have the opportunity to serve people. So our responsibility now is to make sure that this doesn’t happen again,” Zuckerberg said.