“The force of each bite was like a sledge hammer with teeth.” 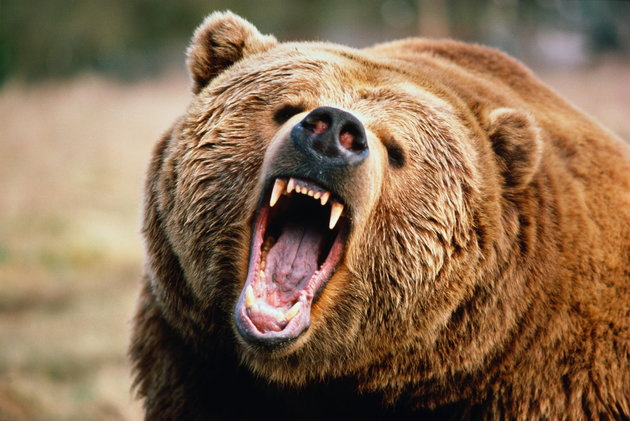 If we learned anything from The Revenant, it’s that surviving an attack from a raging grizzly is about as likely as winning the lottery, except the latter would be really fun, and being attacked by one of the most dangerous beasts on the planet would absolutely suck.

But unlike Leo DiCaprio’s depiction of fur trapper-turned-bear chew toy Hugh Glass, the story of one Montana hiker is presumably 100% true and just as awe-inspiring.

50-year-old Todd Orr was enjoying a solo hike in near Ennis, Montana, when he was attacked by a grizzly bear not once, but twice after stumbling upon a protective mother and her two cubs—just like what happened to DiCaprio in the 2015 movie.Miraculously, Orr’s faculties were still intact enough for him to make it back to the safety of his truck after the encounter to record a quick video explaining the bloody mess the beast had made of his body.

In a Facebook post recounting the incident, Orr described that within seconds of seeing the bear, she had charged through a cloud of bear spray and mounted the back of a defenseless Orr, who had taken to covering his head as the bear gnawed and clawed at his exposed flesh.

“She was on top of me biting my arms, shoulders and backpack. The force of each bite was like a sledge hammer with teeth. She would stop for a few seconds and then bite again. Over and over. After a couple minutes, but what seemed an eternity, she disappeared,” explained Orr.

Bloody and battered after the violent encounter, Orr quickly returned to the trail and begin to make his way to safety, only to be attacked by the grizzly yet again.

“She slammed down on top of me and bit my shoulder and arms again” Orr explained. “One bite on my forearm went through to the bone and I heard a crunch. My hand instantly went numb and wrist and fingers were limp… I knew that moving would trigger more bites so a laid motionless hoping it would end… I could feel her front claws digging into my lower back below my backpack where she stood. I didn’t move. And then she was gone.”

Orr was somehow able to complete the three-mile hike and drive himself to Madison Valley Medical Center in Ennis.

Madison County Sheriff Roger Thompson described his near-disbelief as he saw a badly injured Orr arrive at the hospital. It’s like being struck by lightning twice in the same day; you don’t get attacked by the same bear in one day,” Thompson told the Billings Gazette.

Orr sustained numerous injuries, including a chipped bone in his forearm, a five-inch gash along the side of his head and numerous tears, and various punctures and bruises. But it looks like he’ll live to share this harrowing tale for years to come.