What the Direction Your Toilet Paper Hangs Says About You, According to Science 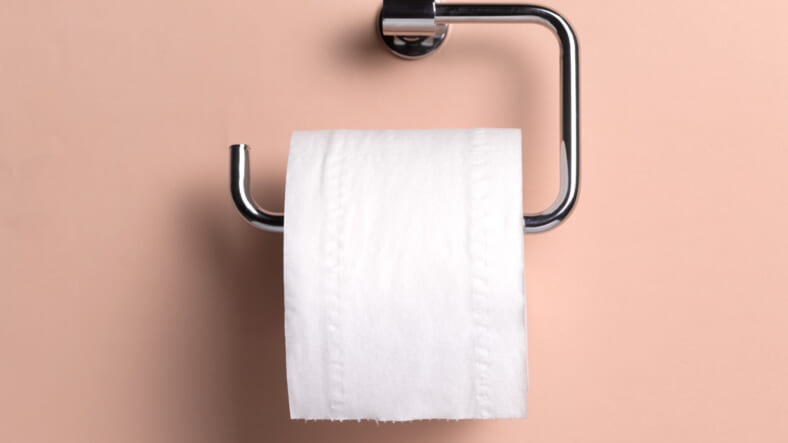 There are two types of people in the world: normal people who hang toilet paper in the “over” position, and sadists who hang it in the “under” position to make life miserable for themselves and whoever else uses their crapper. Just kidding. (No but really.)

First of all, you should know that there’s a documented correct way to place toilet paper onto the holder — which is in the “over” position. Seriously — the 1891 patent for the toilet paper roll literally states that the end of the roll should be hanging off the exterior, so there’s that.

And there are some serious personality differences between over-people and under-people, like the fact that under-people clearly enjoy the sight of their TP unspooling from the awkward and wrong direction. But aside from the obvious, relationship expert and TV therapist Dr. Gilda Carle created a personality test to tell us exactly what sets the two parties apart.

In the Toilet Paper Personality Test, 2000 people were surveyed on which way they roll their toilet paper, and on how assertive they are in their relationships on a scale of 1 to 10. The results revealed that those “who roll over are more dominant than those who roll under,” meaning they have a Type-A personality. Under-rollers are the opposite, being a member of the more submissive and laid-back niche. Sorry under-rollers, but you’re probably not going to rule to world any time soon.

The study also found that some over-the-roll-people feel so strongly about the orientation of their toilet paper, that they actually admitted to flipping the roll over if they come across a stray under-roll at someone’s house. Now that’s dedication.

“Originally, I created the Toilet Paper Personality Test as a fun way for people to assess the behaviors they use daily, often without thinking,” Carle told i100, but since it turned out to be so indicative of personality, Carle suggested it could be used to gauge compatibility with a new potential lover, because toilet paper is very important in relationships. Roll facing the wrong way? Deal breaker. Bye.

Though you now know what science has to say about the direction you hang your toilet paper, keep doing you, my friend. Just don’t be that person who leaves the roll empty.