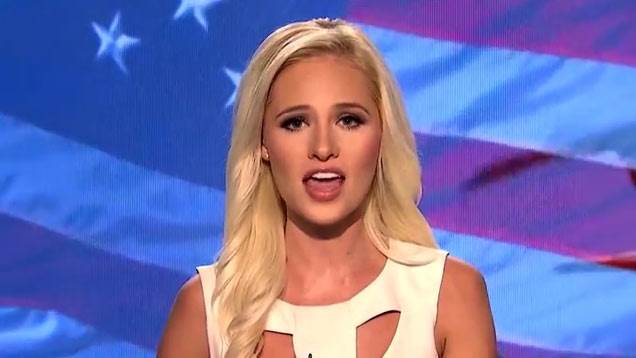 The U.S. and North Korea haven’t been this close to war since the early 1950s, and Americans are definitely feeling the stress.

Conservative pundit Tomi Lahren, who turned 25 today, touched on those fraying nerves recently when she decided to make a joke about the overall softness of some men in her generation.

As I watch millennial men struggle to lift their bags into the overhead bin I am reminded how f'd we are if there's a draft.

Unsurprisingly, the clap back on Twitter to Lahren’s joke was immediate—in part because there are plenty of hardass millennial men serving in the U.S. military.

1M+ young people served honorably in Afghanistan & Iraq. Thousands killed. Many more wounded. What in God's name are you talking about? 👎🏼

Nice try at "comedy" but you're just a dumb person who tried to insult millennials and instead just insulted the people protecting you.

Six millennial men have been awarded the Medal of Honor for actions in Iraq and Afghanistan, four posthumously https://t.co/OJbBTN3DmJ

Lahren defended herself and others were quick to defend her as well.

First of all, take a joke. Second, you're right and those who have joined the military voluntarily would not be drafted. Eric meet my point. https://t.co/to7Rdr4QOB

She hit the nail on the head there. IF THERES A A DRAFT. Doesn't take a brain surgeon to figure out wat she's sayin. Morons.

Lahren is playing it cool thus far and has dropped the subject.

This all comes on the heels of increasingly heated tensions between the U.S. and the nuke-obsessed Hermit Kingdom.

But hey, regardless of your political viewpoint, who would blame her for moving on?

No one wants to spend their birthday fighting everyone on Twitter.