They were arrested and could face thousands of dollars in fines. 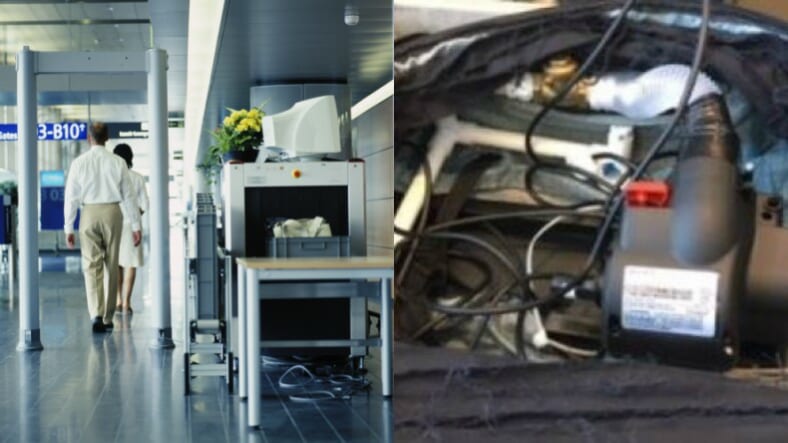 Eight cable television crew members were arrested on Thursday after they, for some reason, tried to sneak a fake bomb through a security checkpoint at Newark Liberty International Airport.

TSA spokesperson Lisa Farberstein stated that officials found “an item in a carry-on bag that had all of the makings of an improvised explosive device.” Members of the crew were reportedly filming the encounter.

Several arrested by police on Thursday after @TSA detected a suspicious item in a carry-on bag at a Newark Airport checkpoint. They
attempted to intentionally carry an item in a carry-on bag
that had all of the makings of an IED and film it for a TV show. TSA caught them. pic.twitter.com/DCMa0ucAcl

“The preliminary investigation indicates that all were in collaboration and claimed to be working for a television network,” Farbstein wrote in a news release. “The group did not make it past the checkpoint because TSA officers detected the item, which was concealed in a roller bag.”

A source told nj.com that the apprehended individuals are employed by Endemol Shine Group, a Dutch production company that contracts CNBC.

They will likely be charged with creating a false public alarm, conspiracy and interference with transportation, and could face civil penalties of up to $13,000 for each violation.

Hopefully the television segment gets made, because we really need to know if it’s OK to bring fake bombs on airplanes.