They’re in the money. 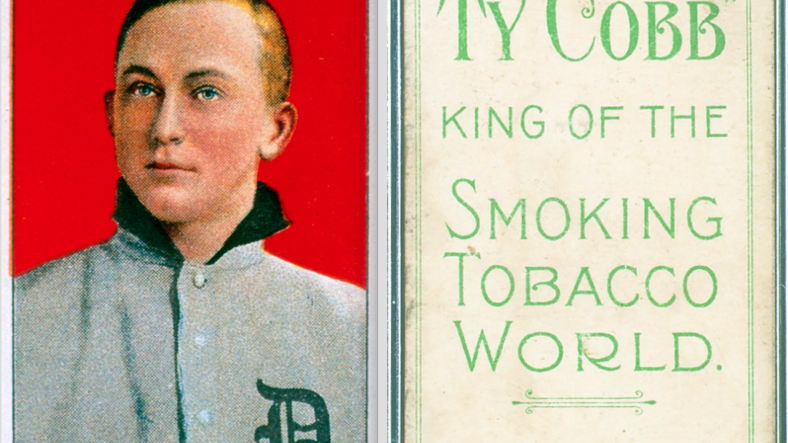 Do you have a grandpa? Does he have a bunch of crumpled up crap packed away in a creepy corner of his dusty hovel? Whatever you do, don’t throw it away! That shit might be worth millions.

That was the case for an anonymous family that recently discovered seven super rare Ty Cobb baseball cards at the bottom of a ratty paper bag in their dead grandpa’s house. Buried under postcards and other papers, the cards are rare jewels in the card collecting community and are likely worth more than a million dollars.

That, of course, is just an estimate. If they’re put up for auction and baseball geeks get desperate to own them, the cards could go for a lot more. Just last April a Honus Wagner card from the same set sold for $1.32 million, a $400,000 increase over the what it sold for in 2008.

“I am not sure if any other baseball card find is more remarkable than this new discovery,” Joe Orlando, president of the company that verified the authenticity of the Cobb cards, told the AP.

These things are so special, and so valuable, because of their rarity. Originally packaged in boxes of tobacco, the cards were released to the public between 1909 and 1911. The specific cards found in this haul are a special edition, so they’re among the rarest of the rare.

Before this discovery there were only 15 known copies of the Cobb card in the world. A 150 percent increase in the number of known copies is sure to effect this card’s value.

Just how much we’ll only know when they’re put on the auction block. But the family might want to hurry and do that—with all the people who’ll be searching through grandpa’s crap now, the rare card might soon become a little less rare.