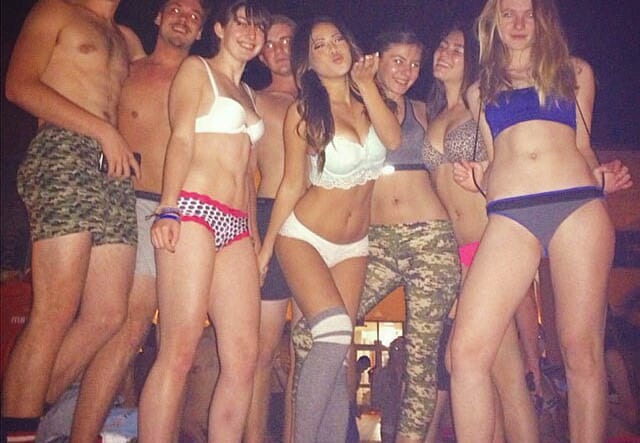 College is a time of personal growth, exploration, and doing crazy shit like running through the streets in your underwear— which is exactly what thousands of UCLA students did on Wednesday night.

UCLA’s traditional “Undie Run” is a time for students to undress and de-stress during finals week, and run around campus in nothing but their skivvies. It’s technically been banned since 2009, but silly rules and restrictions won’t stop college students from taking their clothes off.

On Wednesday, thousands of stripped down student— including Snoop Dogg’s son, Cordell Broadus—stripped down and took to the streets to bless the world with their sexy collegiate nakedness.

According to TMZ, all was going smooth as butter, until things got a little too crazy around 1 a.m., and dozens of cops reported for duty to break up the “unruly” crowd.

Apparently, there were over 8,000 people in attendance, some of whom were not even students, rather random people who probably just wanted to watch the bodacious body parts of near-naked college chicks in the flesh.

Police say there were even drunk college students participating in the Undie Run. Unbelievable.