A cozy place for your 200 closest friends to survive the apocalypse. 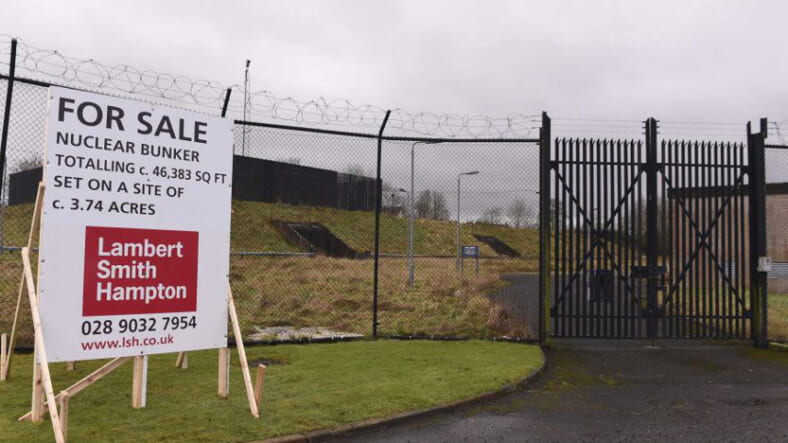 Today’s history lesson takes place in Northern Ireland, where as a safety precaution during the Cold War in the late 80s, the British built a Regional Government HQ Nuclear bunker. That fine piece of real estate just hit the market for the equivalent of about $830,000.Built in the years between when WarGames and Hunt for Red October came out, the 46,000-square foot bunker set on 3.7 acres of land was designed for 235 VIPs (you and your entourage) to survive shut off from the post-apocalyptic world for a full month. So naturally, it’s got lots of beds in its sleeping quarters.

What bunker would be complete without tons of long-lasting morsels for you and your closest friends, family and other nuclear-phobes to munch on?

Back in its day, it was quite the technological marvel. Of course, all the landline phones, pneumatic tubes and bulky desktop computers look ancient to us now. But you could retrofit that will all sorts of cool, modern stuff, right?

Mixed in amongst other practical mainstays such as the generator room, security features and decontamination areas is everything from office spaces to tea making facilities. Hey, just because we’re hunkering down in survival mode doesn’t mean we can’t be civilized.