United is NOT having a good week. 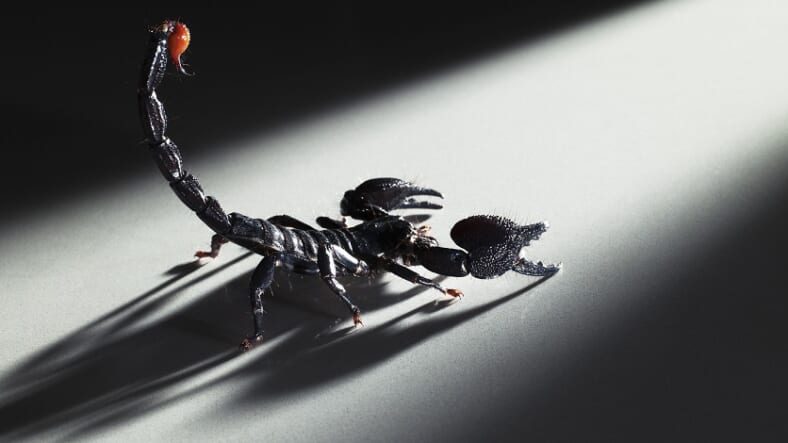 As if United Airlines hasn’t had a shitty enough week already, a passenger on a flight from Houston, Texas to Calgary, Canada just claimed he was stung by a scorpion that fell from a luggage bin over his seat.

Worse, the Washington Post reports the arachnid fell into the man’s hair. He managed to get it out then picked it up, and that was when he was stung.

The unfortunate scorpion ultimately met its fate in the passenger jet’s toilet.

According to a CNBC report the passenger wasn’t seriously injured, but he did receive medical assistance once the plane landed. The man described the pain from the incident as being similar to a wasp sting.

A crisis management expert who spoke with the Post suggested that when United next “does its emergency protocols, they will be dropping insect repellent along with the mask.”

As Samuel L. Jackson might say, at least it wasn’t a motherfucking snake.