Death from above has a brand new name. 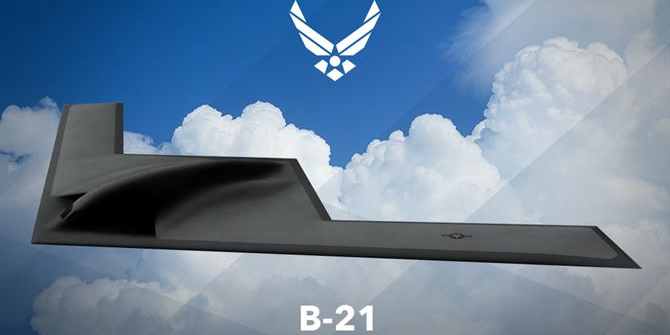 Today at the U.S. Air Force’s Air, Space & Cyber Conference (which you can livestream right now), they officially designated the B-21 as “Raider,” seven months after announcing that they’re developing the next-generation long-range strike bomber.Secretary of the Air Force Deborah Lee James proclaimed that three servicemen (Lt. Col. Jamie Hernandez, Technical Sgt Derek White and retired Co-Pilot Lt. Dick Cole) are responsible for choosing the winning name as part of a contest.Here’s a video of the original announcement:

As reported by Foxtrot Alpha, some of this multi-talented 21st-century plane’s roles may include disrupting enemy communication, clearing a path for other planes, dropping bombs, and perhaps even controlling a squadron of drones.Although some estimate the price tag just under $600 million a pop, skeptics expect the price to balloon into 10 figures, as these things have a way of doing (i.e. with the B-2 Spirit). Either way, as James puts it: “Together, we’re going to lead our Air Force, our military and our country into the next generation of warfare dominance.”[It’s appropriate to begin repeatedly chanting “U.S.A.” right about now.]