The U.S. Just Launched Airstrikes in Libya to ‘Decapitate’ ISIS 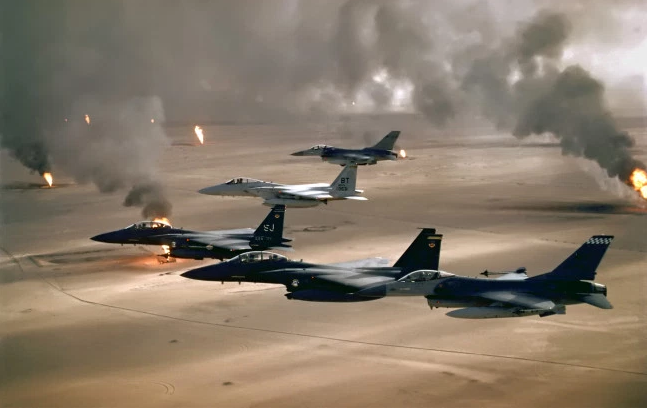 The United States has launched a devastating round of airstrikes in Libya in an attempt to “decapitate” ISIS.

Marine Corps Harrier jets launched from the Navy amphibious assault ship USS Wasp conducted at least three airstrikes against ISIS targets in the coastal city of Sirte Tuesday. USS Wasp is set to remain off the Libyan coast in the Mediterranean Sea for the next month along with an escort ship, the guided-missile destroyer USS Carney.

Officials said that the new round of airstrikes, which also included manned and unmanned drones, were ordered by Obama on Defense Secretary Ash Carter’s recommendation. The strikes will last “as long as needed” to capture the coastal city from the extremist group.

The request for the strikes first came from the Libyan Government of National Accord (GNA), Pentagon official Peter Cook said.

“GNA-aligned forces have had success in recapturing territory from ISIL thus far around Sirte, and additional U.S. strikes will continue to target ISIL in Sirte in order to enable the GNA to make a decisive, strategic advance,” Cook added.

The GNA is the U.N.-backed unity government of the troubled north African country, which has seen civil war and widespread unrest since the Arab Spring and death of Muammar Gaddafi in 2011.

The chaos has created a clear opening for the extremist group. As it has expanded out of its strongholds in Syria and northern Iraq, ISIS has been attempting to increase its influence in northern Africa. There are believed to be over 5000 ISIS operatives in Libya currently.

Among other atrocities, the extremist group has shot to death and decapitated dozens in Sirte, according to Human Rights Watch. The group has also diverted much-needed food and medicine from the city.  Cook said on Monday that during the ongoing operation, the U.S. and Libyan government would share intelligence and surveillance.