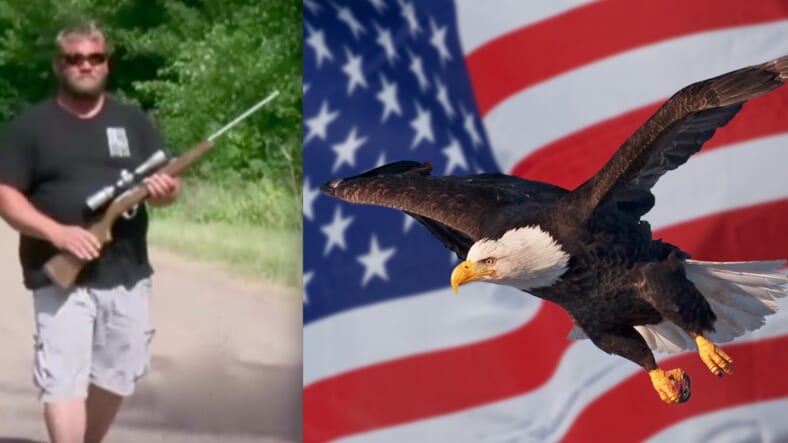 Is the most American an American moment can possibly be on America’s birthday?

A sharp-shooting U.S. Army veteran just performed the most “‘merica!” thing to go down without actual bloodshed in this glorious nation’s history—he fired his .22-caliber rifle 150 times to save our cherished national symbol, the bald eagle.

After Jason Galvin, who served two tours in Afghanistan, saw the majestic raptor trapped on a tree branch 70 feet off the ground, he made the call to shoot a hole through the branch. It took an hour and a half, but eventually the eagle was rescued.

“I told Jason he had to shoot it free!” his wife Jackie wrote in a Facebook post. “He was nervous as he didn’t want to get in trouble for shooting at an eagle but I know with his sharp shooter skills that if anyone would save this eagle it was him!”

Because his act of valor happened on the Thursday before the Fourth of July weekend, Galvin named the rescued eagle “Freedom.”

We don’t know if Freedom will ever fly again, but after this we know that our heroes will always find a way to keep Freedom alive.