What We Know About Monday’s Shooting at the U.S. Capitol

This is a developing story. 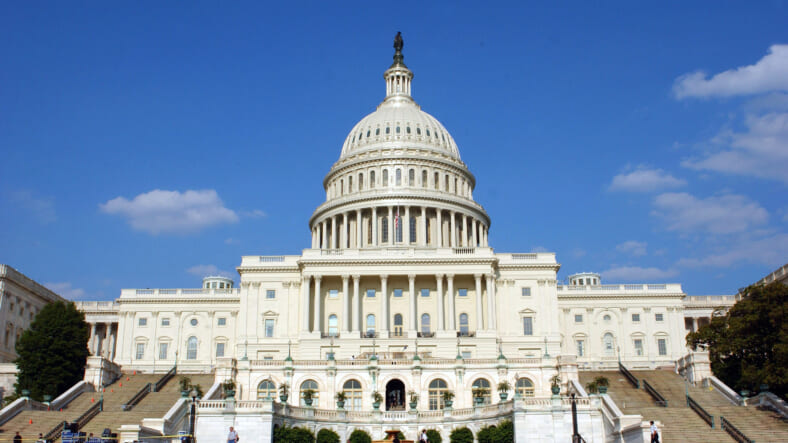 A unidentified man opened fire at the visitor center at the U.S. Capitol on Monday, injuring a Capitol Police officer, the Associated Press reports.

Due to police activity, Capitol Police have issued a shelter in place for the Capitol complex. Please stay in your designated area. #alert

The shooter was quickly taken into custody by law enforcement. Reuters reports that the suspect is currently being transported to a nearby hospital.

Capitol "Shooter is on his way to the hospital," cop here tells me. Says lockdown for staff should be lifted soon pic.twitter.com/8Ljuiyi4Vq

The police officer’s wounds are being described as “not serious,” according to Reuters.

The AP reports that the White House was also temporarily put on lockdown. Here are more details from the AP:

The shooting occurred in the Visitors Center of the sprawling Capitol Complex. Staffers, reporters and others were told to “shelter in place” and not allowed to leave their offices. The police officer who was shot was not believed to be seriously injured.Visitors were being turned away from the Capitol as emergency vehicles flooded the street and the plaza on the building’s eastern side. Police, some carrying long guns, cordoned off the streets immediately around the building, which were thick with tourists visiting for spring holidays and the Cherry Blossom Festival.

#Capitol on lock down pic.twitter.com/HKXQonJ7HB

This is a developing new story. We will update this post with more details as they become available