The Pentagon has confirmed there’s an ongoing mission there. 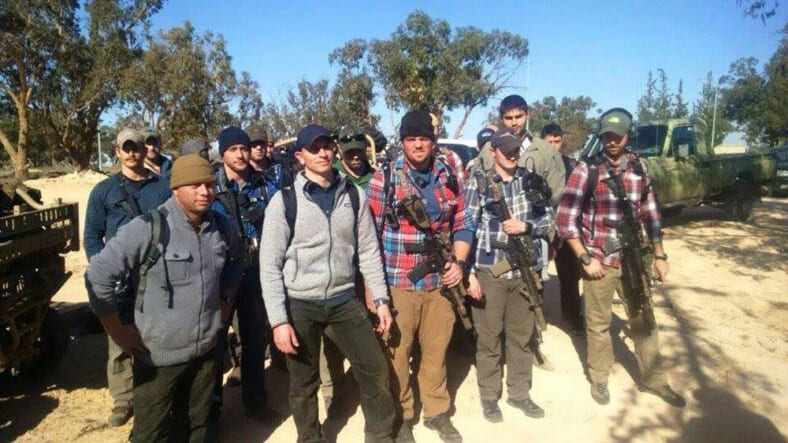 An apparently secret mission involving at least 20 U.S. commandos in Libya was outed recently when the Libyan Air Force posted casual shots of the Americans on its Facebook page.

Libya’s air force said 20 US soldiers arrived at Libya’s Wattiya airbase on Monday, but left soon after local commanders asked them to go because they had no permission to be at the base. It was unclear if another branch of the Libyan military had authorized the mission.

Contacted by NBC, anonymous Pentagon sources confirmed that there were indeed U.S. special ops soldiers on the ground in Libya, a country that’s been in the throes of a civil war since dictator Moammar Gadhafi was overthrown in 2011.

While the Libyans stated that the soldiers claimed they were there in a coordinated effort with another part of the Libyan military, the Guardian noted that the Wattiya airbase where the American commandos first touched down is in fairly close proximity to Sabratha—a UNESCO World Heritage site recently overtaken by ISIS. As the Guardian report noted, diplomats in western countries see the Libyan meltdown as fertile ground for ISIS to advance with very little opposition.

The Pentagon’s statement about the commandos sounded a little like ‘nothing to see here, move along.’ It said that the military personnel were there to “engage in a dialogue with ‎representatives of the Libyan National Army” and they left as soon as they were asked to do so.

So no biggie. Right.