U.S. Jets Just Bombed the Hell Out of ISIS Training Camps in Libya

The attacks targeted the possible location of a senior ISIS operative. 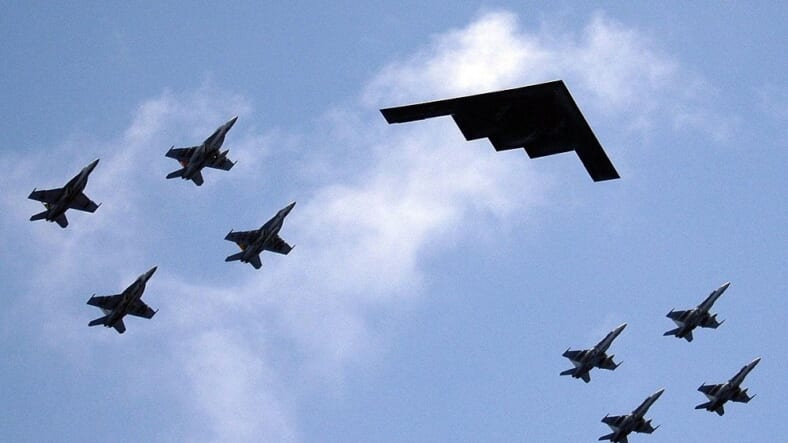 US forces have dropped the hammer on ISIS outposts in Libya and done real damage in an ongoing effort to slow the Islamic State march into northern Africa. In airstrikes conducted Friday, the United States targeted locations thought key to ISIS’s ability to continue influencing terrorist operations in places like Tunisia, where ISIS-inspired massacres killed nearly 70 in 2015.

CNN reported one particular target among the many killed was a Tunisian ISIS leader named Noureddine Chouchane, who may have been a major player behind the Tunisian attacks:

Friday morning’s U.S. strike in the al-Qasser district in Sabratha, a coastal city in northwestern Libya where most residents are from Tunisia, killed at least 37 people and wounded six others, the city’s mayor, Hussein al-Thawadi, told CNN. It was not immediately clear if Chouchane was among them.

The area blasted by the US was reportedly the focus of militants in the region and American intelligence indicated some kind of specialized training was underway. Sabratha’s mayor also said the bombed location was a central point in ISIS recruitment of foreigners and that one of the dead was a Jordanian citizen.

There has been plenty of evidence afoot since 2015 that American military forces were actively operating in Libya, including a possible outing of a secret mission that occurred in December.  In January, 2016, it became clear that a mysterious sniper with extraordinary skill was dropping jihadi leaders in the ISIS-held Libyan city of Sirte.

The Friday air strikes simply may be the most public and obvious demonstration yet of the United States’ determination to kneecap the Islamic State before it can extend its tentacles deeper into the already turbulent nations around the horn of Africa.