The U.S. Military Is Flexing Its Muscles in a Warning to Russia and North Korea

It’s not a shot across the bow, but it’s close. 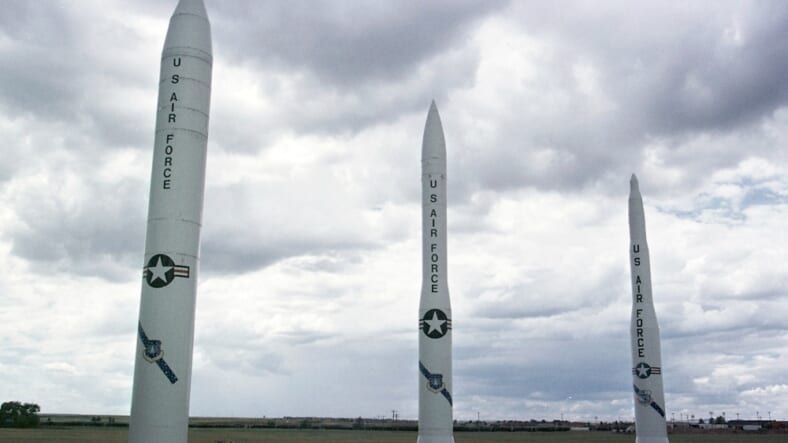 This week, the U.S. military test-fired two intercontinental ballistic missiles (ICBMs) as a warning to both Russia and North Korea: Do not mess with us.The tests, the 15th since January 2011, came amid rising tensions with the two nations. Earlier this month, North Korea conducted a long-range missile test under the auspices of launching a ‘satellite,’ prompting a UN Security Council meeting. The launch followed the purported test of a hydrogen bomb in January.A few days later, Russia’ foreign minister threatened that any Western intervention in Syria, where both the U.S.-led coalition and Russia forces are carrying out target bombings, would “spark a world war.” As we speak, Russia-U.S. tensions are at their highest level in recent memory, sparking nuclear fears.Reuters reports that the two unarmed Minuteman III missiles launched from Vandenberg Air Force Base in California to targets in the South Pacific were explicitly tested to “send a message to strategic rivals like Russia, China and North Korea that Washington has an effective nuclear arsenal.”

“That’s exactly why we do this,” Deputy Defense Secretary Robert Work told the media on Thursday. “We and the Russians and the Chinese routinely do test shots to prove that the operational missiles that we have are reliable. And that is a signal … that we are prepared to use nuclear weapons in defense of our country if necessary.”