This formidable railgun could give the military its edge back. 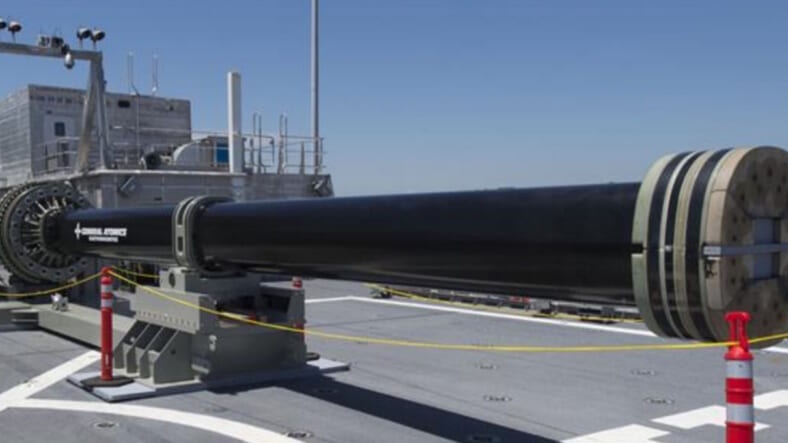 In an era where Russia and China are increasingly threatening American military might, the U.S. is sticking to its guns. The Navy is testing out a powerful new “supergun” that could keep the U.S. on top.

In development for a decade, this railgun has a range of 125 miles. It has five times the impact of an ordinary gun, which means it could obliterate airplanes, ships, tanks, and even terrorist cells. It is powered by electromagnetic rails rather than by gunpowder, and its bullet actually gains momentum as it barrels through the sky, peaking at a mile per minute.

Watch its path of destruction, below:

The Navy has already funneled half a billion dollars into developing this monster, and the Pentagon is reportedly dropping another $800 million to beef up its defensive abilities. Officials stress that it is worth the cost as it could give the U.S. an edge over China’s arsenal of ballistic missiles and Russia’s cruise missiles.

“I am very worried about the U.S. conventional advantage. The loss of that advantage is terribly destabilizing,” military analyst Elbridge Colby told The Wall Street Journal.

If the military can get these operating within the decade, these “superguns” could blow a hole in such anxieties.