Without Plenty of Sex, Vaginas Can Become ‘Depressed’ So Show This Study To Your Girl

Don’t let this happen to her. 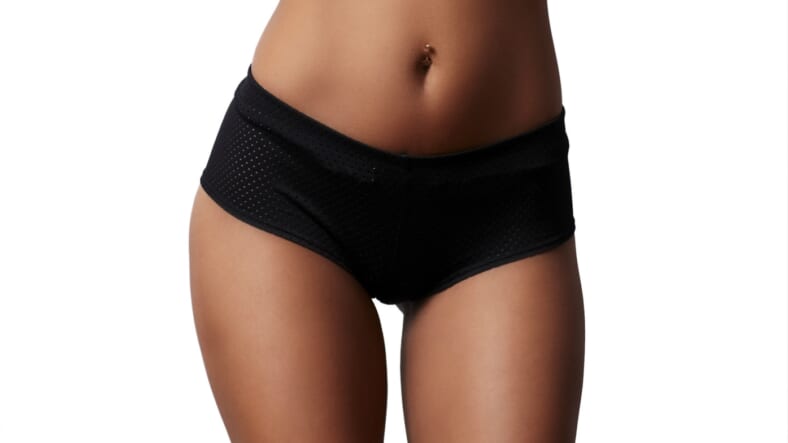 Very recently, we told you that most dudes underestimate how much and how often women want the D, which means a lot of ladies out there aren’t getting it on as much as they’d like, which is sad. I sincerely hope you’re working on correcting that.

But did you know that women don’t just want more sex, they need it? Literally? Like, their lady bits actually need sex in order to stay happy and healthy?

Yup, as if vaginas weren’t already complicated enough, we now know that if a honey pot doesn’t receive any love for a long time, a.k.a. if a dry spell lasts a little too long, it can literally get “depressed” and give up on its womanly duties.

In other words, if a woman neglects to use her hoo-ha for pleasure as God intended, it can get super sad and basically waste away, kind of like Tinkerbell. If you don’t pay enough attention to her, she’ll die. Just like a vagina.

“It is very important that we have a healthy sex life with a partner or with ourselves,” says Louise Mazanti, a London-based sex therapist.

“It’s about using massage and touching the tissue so that it becomes alive, the blood flows and the tissue becomes elastic. It is really about exercising the tissue.”

Apparently, if the cells in the vaginal wall don’t get enough blood flow and oxygen, they can’t eliminate waste and toxins from the tissue, which can cause vaginal atrophy, a.k.a. Depressed Vagina Syndrome.

“When your ability to have sex and your desire to have sex decreases, it is a massive change in identity. You start to question ‘who am I now if I am not the sexual woman I used to be?’

“It can cause depression and an identity crisis and deep consideration of an existential nature.”

Oh shit. That sounds serious. So, if her box is depressed, so is she. You can’t let that happen, gentlemen.

All women deserve a happy, efficient banana basket, and I believe that together, we can end vaginal depression. Thank you.