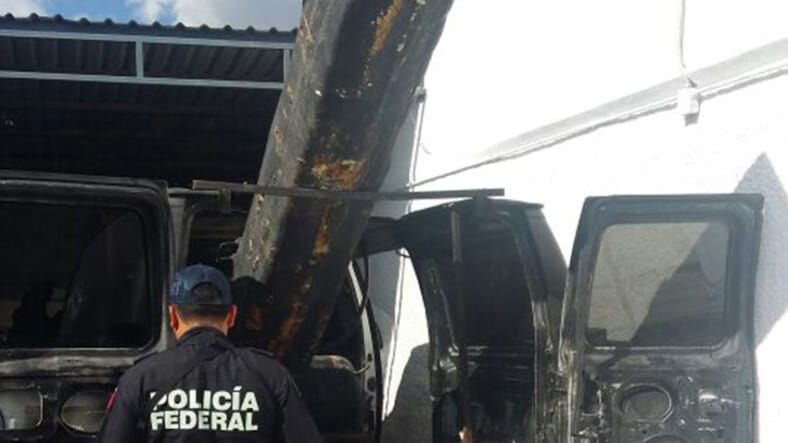 If there’s a technology they can exploit to get their goods to the lucrative US market, drug cartels south of the border will use it. That includes drones, disguises, and even van-mounted cannons.

The Associated Press reports that Mexico’s Federal Police recently released a statement detailing their capture of van equipped with a 10-foot-long air cannon in Aqua Prieta, Mexico—which is just across the border from Douglas, Arizona.

The crafty traffickers cut a hole through a van roof, acquired an air compressor and the long cannon barrel. The AP report suggests this could have been used to launch drug packages as small as a softball and as large as 60 pounds.

While the cartels are reportedly likely to just back a truck up to various locations along border fences and then manually heft loads of drugs over the top, Vicente Paco with the US Border Patrol indicated to the AP that cannons such as the one found in Agua Prieta are pretty rare.

Hopefully after it’s no longer useful as evidence it can be auctioned to some sports team as the world’s coolest t-shirt cannon.