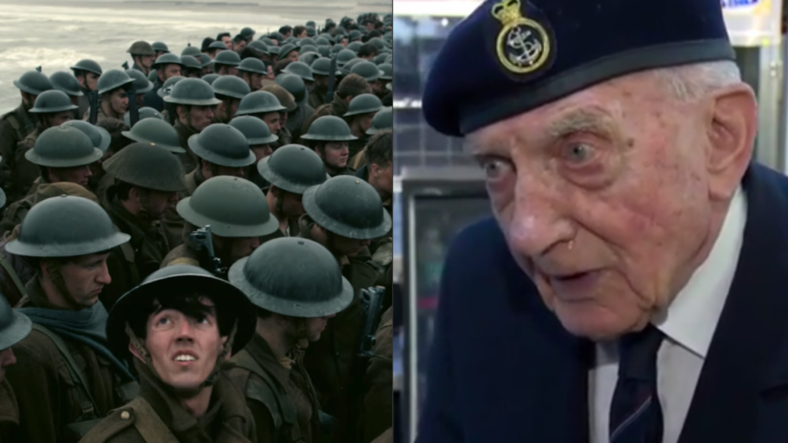 While ex-porn star Mia Khalifa might have found the nonlinear storytelling too confusing to fully enjoy the critically acclaimed World War II epic Dunkirk, a veteran of Britain’s Royal Navy who lived through the eponymous battle gave the film high praise.

“It was just like I was there again,” said 97-year-old Ken Sturdy. “It didn’t have a lot of dialogue,” he added. “It didn’t need any of the dialogue because it told the story visually and it was so real.”

Sturdy served as 20-year-old signal man when the massive evacuation of allied troops from the French city of Dunkirk between May 26 and June 4 in 1940.

“I was in those little boats picking them out of the water,” Sturdy told Global News. In the video, he tearfully recalled the loss of his comrades.

“We lost so many of my friends… and I keep going with all my memories. They’re all there, and that film brought it all back again.”

Overall, the man was extremely impressed with “every detail” of the film.

“It was like taking me back in history. It was so well done. It’s like in every detail it told the story just the way it was. Yes, I’m so pleased I saw it.”

When it’s all said and done, this is the only review that truly matters.