Pour one out for the lingerie brand’s wing-wearing ambassadors. 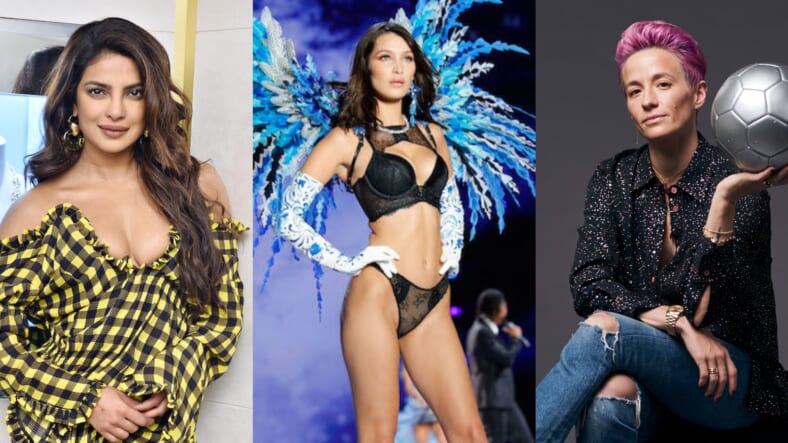 The Victoria’s Secret Angels are getting their wings clipped in favor of a team of more diverse celebrity brand ambassadors.

Under a new initiative called the VS Collective, the lingerie brand tapped seven fresh female faces to promote Victoria’s Secret through social, cultural and business relationships.

Actress Priyanka Chopra and professional soccer star and LGBTQIA+ activist Megan Rapinoe are among those who will “alternately advise the brand, appear in ads and promote Victoria’s Secret on Instagram,” according to the New York Times, which first reported the news.

An all-new executive team will also form a board of directors comprised almost entirely of women, save for one seat.

“So often I felt myself on the outside looking in with brands in the beauty and fashion industry, and I’m thrilled to be creating a space that sees the true spectrum of ALL women. I believe in the power of authenticity and community and am excited to show what can be done through The VS Collective,” Rapinoe said in a statement.

“As we work together to chart the path forward in a new and impactful way, I’m not only looking forward to developing future collections that are inclusive of all people, but I am most excited for new customers and for those who have always been a customer of Victoria’s Secret to feel represented and like they belong,” Chopra added.

Victoria’s Secret is also launching a partnership with Pelotonia, a non-profit devoted to cancer research. The VS Global Fund for Women’s Cancers will grant at least $5 million annually to improve cancer outcomes for women while addressing racial and gender inequities, according to a statement.

Stella McCartney said, “Breast cancer awareness has always been a cause very personal to me. It is a global issue impacting the lives of millions of women and their families every year.

“I’m hopeful this initiative will provide easier access to information, support and services to a huge community of women around the world. I’m excited to play a small part during this pivotal moment on this vital issue.”