DNA Testing of a Viking Warrior’s Skeleton Reveals She Was Female, Proving Centuries of Historians Wrong 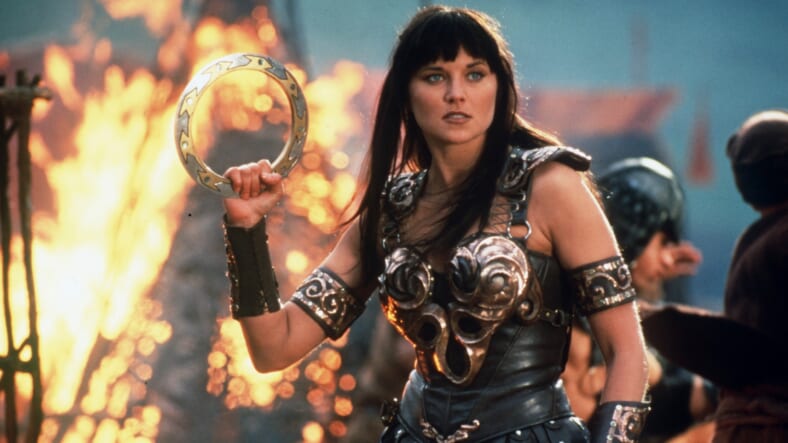 If Hollywood ever gets around to rebooting Xena: Warrior Princess, they may want to re-set the show during the Viking Age.

Archaeologists in Sweden just discovered that a skeleton of a Viking warrior they believed to have been male due to her high military ranking had been female all along.

Xena was real, and probably blonde!

“It’s actually a woman, somewhere over the age of 30 and fairly tall too, measuring around 170 centimetres (5’6″),” Charlotte Hedenstierna-Jonson of Uppsala University told The Local about the findings, which were published in the American Journal of Physical Anthropology on Friday.

“Aside from the complete warrior equipment buried along with her—a sword, an axe, a spear, armour-piercing arrows, a battle knife, shields, and two horses—she had a board game in her lap, or more of a war-planning game used to try out battle tactics and strategies, which indicates she was a powerful military leader. She’s most likely planned, led and taken part in battles,” she said.

The remains were found at the end of the 19th century among the rubble of the Viking town Birka in Sweden. They were quickly assumed to be male due to the “manly” warrior equipment buried with them, but an osteologist at the Stockholm University later noticed that the cheekbones were finer and the hipbones were more narrow than they should be for a man.

DNA-analysis determined they unquestionably belonged to a woman.

“This image of the male warrior in a patriarchal society was reinforced by research traditions and contemporary preconceptions. Hence, the biological sex of the individual was taken for granted,” the report reads.

Hear that? Archaeology ain’t all that woke…