Nine people will get to explore the historic wreck for the price of a first-class ticket. 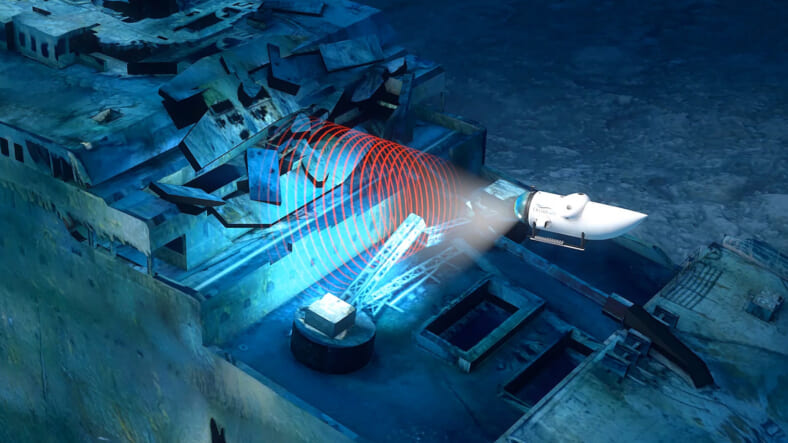 Ever since it sank in April 1912, the ruins of the doomed RMS Titanic have been rusting at the bottom of the North Atlantic. In July 2019, a few lucky (and wealthy) people will have a chance to see the most famous shipwreck in history with their own eyes.

Nine guests will join the 2019 Titanic Survey Expedition—a joint effort between Cookson Adventures and OceanGate Expeditions—and will tag along with a team of researchers. They’ll ultimately descend about 3,700 meters on a submersible vessel called the Titan to explore the ill-fated ocean liner.

The Titan will survey the ship’s bridge, deck, radio room, and first class staircase. Guests will have “access to state-of-the art camera, video and sonar equipment” with which they will be able to take their “own crystal-clear footage of the wreck and catch a glimpse of the splendour and impressive engineering that was not quite a match for nature.”

Back on land, guests will enjoy a 10-course meal based on the first class menu that was served on April 14th—a few hours before the iceberg collision.

According to The Drinks Business, some of the dishes of that evening included oysters, Consommé Olga, salmon, mousseline sauce and cucumber, Filet Mignons Lili (filet mignon topped with seared foie gras and truffle, with potatoes and a Cognac, Madeira, and red wine sauce), Calvados-glazed roast duck with apple sauce, peaches in Chartreuse jelly, and chocolate eclairs with French vanilla cream.

That’s better than whatever the Titanic serves today.

Dinner will be complemented by a bottle of 1907 Heidsieck Gout Champagne, which was also served on the ship.

Those taking the almost 4,000 foot plunge to see the ruins might actually be among the last people to ever do so. A 2016 study revealed that the ship is so badly rusted that it could disintegrate in about 15 to 20 years.

Interested? Get your funds ready and buy one of nine spots right here. In case seeing the wreck isn’t enough, the Titanic II — an exact replica — will set sail from Dubai in 2022.