All-American action star Seagal has said Putin is one of the world’s “greatest leaders.” 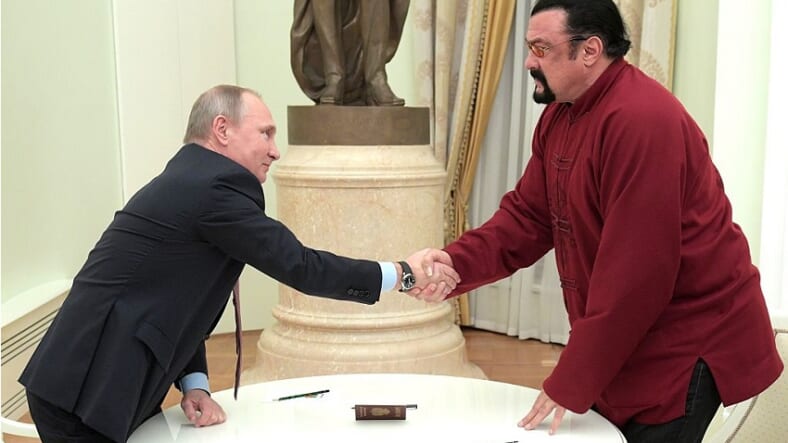 Russian news outlet RIA Novosti reported that Putin congratulated Seagal and expressed hope that the “small gesture” of endorsing Seagal’s citizenship “might be a sign of the gradual normalization of relations between our countries.”

A fact that’s been obscured in reports on Seagal’s love of Russia and his support for Putin, whom he believes to be one of the greatest leaders in the world, is that Seagal is part Russian. The Washington Post reports that Seagal’s grandmother was born in Vladivostok and RIA Novosti notes the actor’s relationship with Russia—since he became a celebrity starring in 80s and 90s action flicks like Under Siege—is decades old.

Steven Seagal is actually becoming something of a world citizen as well. RIA Novosti’s report on the signing ceremony also mentioned that he was granted Serbian citizenship in January, 2016.

Seagal’s love of life in the old Eastern Bloc is partly more practical than it may seem. RIA Novosti reports he’s still a huge star in places like Serbia, and has business interests in Russia, including work as a spokesman for a Moscow-based cell phone company, Megafon.

At least Steven Seagal has yet to outright reject his ties to America. We never know when we’ll need a hero to aikido enemies into submission again.