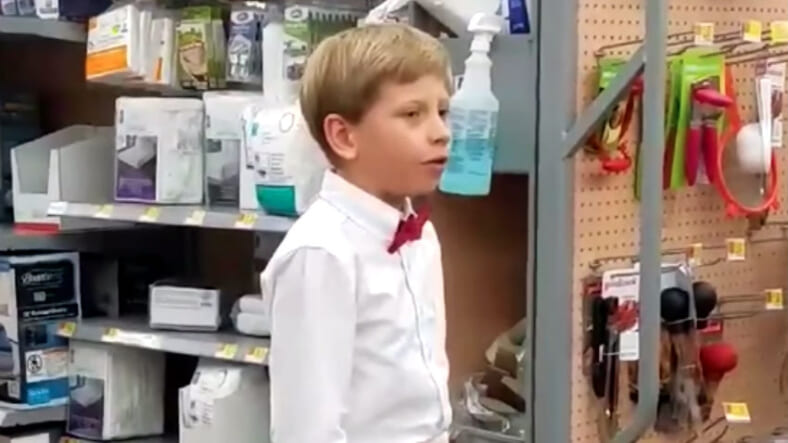 This video is for mushy parents, Walmart shoppers, and fans of yodeling. Or all three. Any mom or dad might imagine their own kid doing something like this and think, “Aw…” The other two are self-explanatory.

This is the “Walmart Kid.” He’s Mason Ramsey, age 10, showing off his talents at a store in a Harrisburg, Illinois in the most earnest way.

Normally this might have been just a cute moment for the kid’s family, but the video found its way online. For whatever reason, the magic of viral media took over.

little boy yodeling in walmart is my 2018 aesthetic

me: i hate country

walmart yodel kid: lord i love to hear her when she calls me sweet dAaAaAaaaady

He even starred in more than one remix, like the hysterically funny one below.

Walmart yodel kid get at me pic.twitter.com/kbJ9uZFfri

Mason has actually won competitions with his talents, and is a known quantity in some circles. But now it looks like he’s shooting past regional talent shows onto the national stage.

The Grand Ole Opry isn’t even ready for this jam.