This is just nuts. 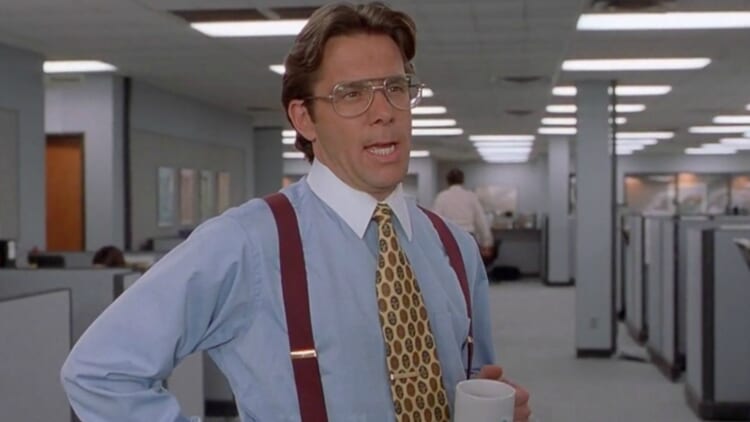 Do you fuck around at work? Do you get up and go to the fridge six times in one hour just to avoid looking at that spreadsheet? Do you watch funny YouTube videos under your desk while effectively ignoring those 36 new emails? Well, my friend, you’re not the only one. Turns out we all live in a world of pure procrastination.

According to a new study from staffing firm OfficeTeam, Americans fuck around at work so, so much, that we end up costing $15 billion in lost productivity. Haha, whoops.

Apparently, the average office employee spends approximately five hours a week on their phone, totally wasting time and doing things that have absolutely nothing to do with work. You know, things like judging people on Facebook, going on a Tinder swiping spree, or scrolling 137 weeks deep into Adriana Lima’s Instagram.

The study also found that 32 percent of dudes check their non-work emails while at work, and 33 percent of women are constantly burning daylight checking their Twitter, Instagram, and Facebook accounts.

And guess what? You know how some companies think it’s proactive to block certain websites, like reddit, so that employees won’t waste precious time looking at memes? Well, they’re only fooling themselves. When those sites are blocked on the computer, people just whip out their phones and look at memes anyway.

“More than half of the professionals — 58 percent — often use their personal devices at work to visit pages that are banned by their company, a 36 percent jump from the 2012 survey,” the authors of the study say, suggesting it’s utterly useless for companies to ban websites.