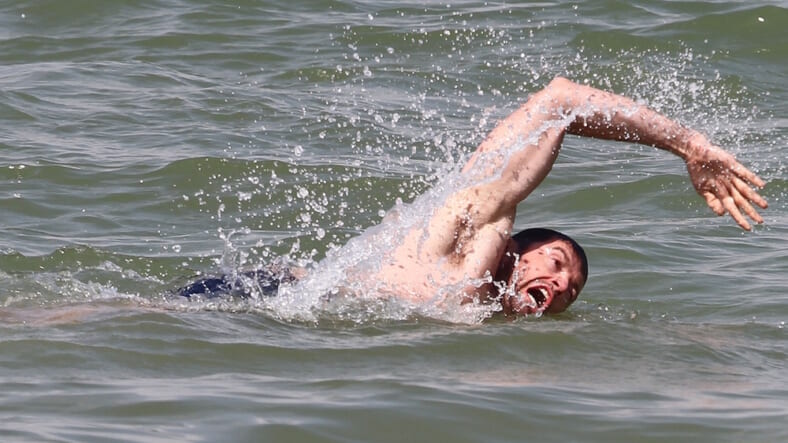 Hugh Jackman is the brawny Australian actor who brought Wolverine to life on the big screen. But the handsome X-Men star isn’t your every day matinee idol.

Jackman was spotted at Bondi Beach in Sydney this Saturday playing the superhero role in real life. After a group of young swimmers, including his son Oscar, were caught up in a riptide, Jackman unleashed the beast.

He dove into the water and saved the swimmers from probable doom. Some bystanders, rather than lending a hand, spotted the actor and decided to record his act of valor. Naturally, the video has since gone viral, meaning Jackman’s PR team must be doing backflips. Watch below:

According to CNN, “The North Bondi Surf Lifesaving Club said the rough waters resulted in multiple rescues that day and the beach had to be closed at one point as it was deemed too dangerous.”

Luckily, Jackman was there when they needed him. Not all heroes wear capes.