Stay out of its path of destruction. 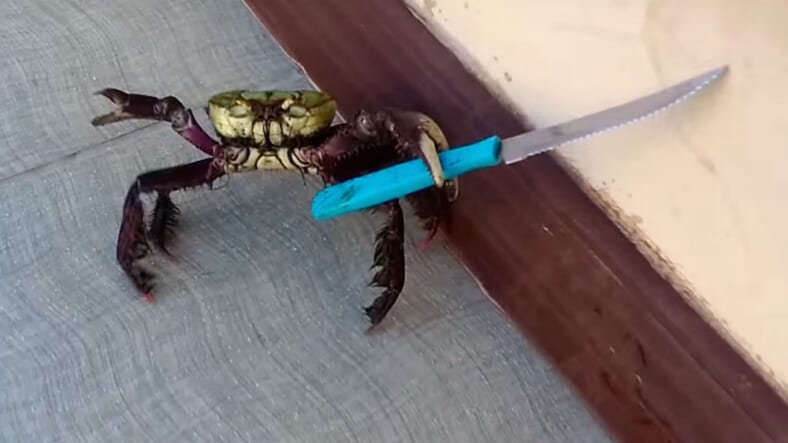 Brazil, land of the Amazon and Victoria’s Secret models, is also one of the deadliest places on earth. Gross economic disparity and bloodthirsty drug lords have been blamed for the South American country’s sky-high murder rate.

Things just got a lot worse.

Recently, a YouTube video captured a knife-wielding lunatic who has been on a reign of terror throughout the already crime-ridden country. The madman, however, was not a drug lord or hell-bent street thug. It was a crab.

Not even the oceans are safe.

This video is far more hardcore than anything we’ve seen on Gangland or Making a Murderer. The lawless crustacean even fights back when provoked, raising his blade for combat. Luckily, the intrepid recorder of this video seems to have made it out alive.