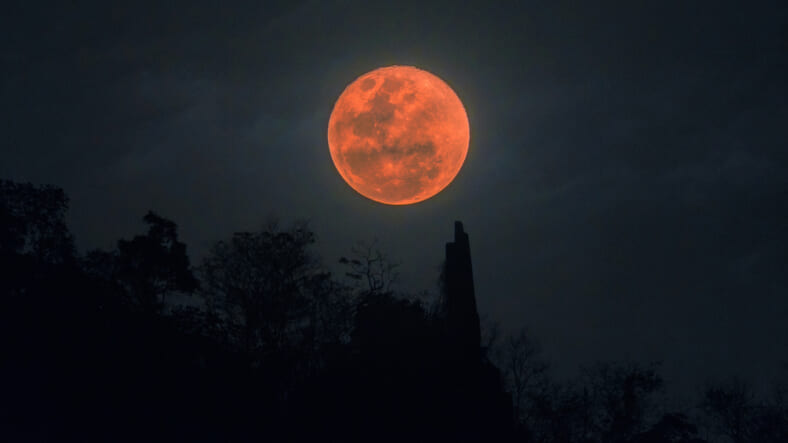 The longest lunar eclipse, or “blood moon,” in a century will take place on Friday, July 27. It will last a total of 103 minutes, 26 minutes longer than the most recent in January.

The moon will pass through Earth’s shadow, or umbra, turning its glowing silvery hue into an ominous blood red.

People in Europe, South America, Africa, Asia and Australia will be able to view the natural phenomenon, while those of us in North America will be stuck will the regular old moon.

Will you get to see the blood Moon this evening? Fantastic stargazing opportunity tonight – check this visibility map from Fred Espanak at Nasa to find out if you're in luck! pic.twitter.com/a9e8IWkoSQ

The unlucky few in the latter camp can still geek out to it via Slooh, which will livestream the lunar eclipse beginning at 1 pm ET.

If you are lucky enough to be outside North America for the once-in-a-century experience, just head outside at 17:14 universal time.