The British billionaire is set to fly with five other “mission specialists” to the very edge of space. 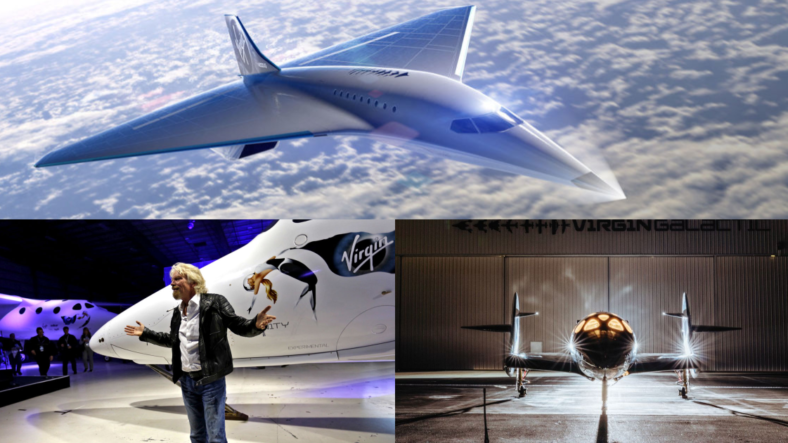 British billionaire Richard Branson is about to soar into the wild blue yonder — and beyond. There are several ways to jump on a stream broadcasting from Virgin Galactic facilities in New Mexico. One is the Virgin stream above, hosted by no less than Stephen Colbert.

For a well-informed look at the launch, NASA has provided a livestream with commentary as well, which is available below.

Virgin’s broadcast coverage began at 10:30 a.m. Eastern time after launch was delayed for an hour and a half due to weather.

On the Stephen Colbert-hosted livestream, singer Khalid will debut a new song once everyone lands safely.

Branson isn’t the only space-loving billionaire present in New Mexico today — SpaceX founder Elon Musk is there as well, and Branson tweeted a photo of the pair prior to launch.

The New York Times details much of what you’ll see when you tune into either the livestream or watch recordings later:

To get off the ground, Unity is carried by a larger plane to an altitude of about 50,000 feet. There, Unity will be released, and the rocket plane’s motor will ignite. The acceleration will make people on board feel a force up to 3.5 times their normal weight on the way to an altitude of more than 50 miles.At the top of the arc, those on board will be able to get out of their seats and experience about four minutes of apparent weightlessness. Of course, they will not have actually escaped gravity. Fifty miles up, Earth’s downward gravitational pull is essentially just as strong as it is on the ground; rather, the passengers will be falling at the same pace as the plane around them.

Additional livestreams can be seen on NBC’s and Sky News’s Youtube channels.