“The only time travel known to man.” 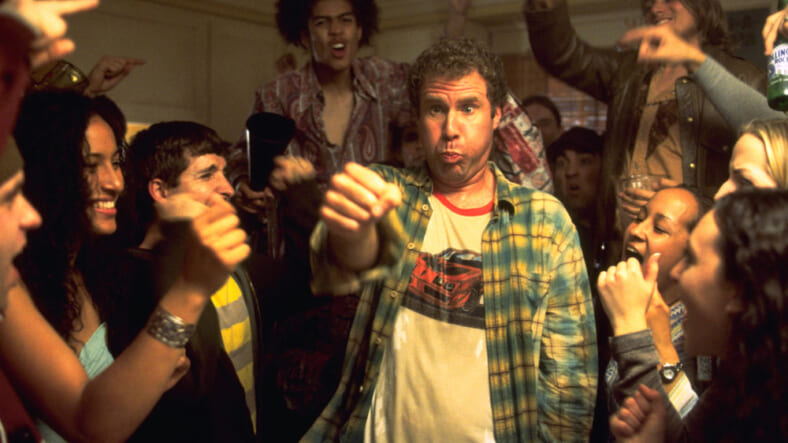 Imagine this scenario: You’re out with some friends, the drinks are flowing, and you’re having a great time…until you suddenly find yourself laying sideways in bed the next morning with no recollection of getting there, and you need to wait for the room to stop spinning before you can get out of bed to throw up in the shower.

Sound familiar? Many of us have blacked out before, and perhaps more than once. In fact, a study published in the scientific journal Addictive Behaviors found that over half of college students have blacked out at least once at some point.

According to George Koob, the director of the National Institute on Alcohol Abuse and Alcoholism, blacking out gives you a lengthy window of booze-induced amnesia because the part of your brain responsible for memory formation literally stops working.

“At roughly twice the legal limit, a blood alcohol content of .16, you become vulnerable for a blackout ― although this varies. In a blackout, alcohol shuts down the ability of the brain to consolidate memories,” he told the Huffington Post.

Alcohol is a depressant which works in the same way as a sedative, making your brain processes slow down, with resultant impairment of memory.

Drinking heavily over long periods of time can have long-term effects on memory, so that even on days when you don’t drink any alcohol, recalling what you did the day before or even where you have been earlier that day, can become difficult.

In other words, constant heavy drinkers tend to have some memory problems due to the fact that alcohol slows down thought processes and cognition by depressing the cerebral cortex, a.k.a. your brain’s command central for memory, attention, perception, language, and awareness.

However, blacking out is a different story. When you get SO messed up that you black out, your brain literally stops creating, processing, and storing new memories, so you simply have a blank space from that time. As Urban Dictionary puts it, blackouts are “The only time travel known to man.”

Blackouts are a frequent consequence of acute intoxication, regardless of age or whether the drinker is clinically dependent on alcohol.

Getting drunk happens when alcohol is consumed in excessive quantities over a short period of time. This results in a rapid rise in blood alcohol levels and as with any sedative, the result is a reduction in higher brain function.

This includes memory loss and is frequently associated with inability to recall key details of events, or even entire events.

To get even more technical, drinking too much alcohol disrupts the chemical balance of the brain required to consolidate memories – particularly by blocking memory-forming neurotransmitters and increasing anti-memory neurotransmitters.

Alcohol enhances the GABA-A receptor function in the brain and this causes amnesia in the same way as drugs, such as Benzodiazepines – the brain cannot lay down memories.

Also, at higher concentration alcohol blocks the NMDA glutamate receptor in the same way as anaesthetic drugs, such as ketamine, and this further impairs memory function.

Well, if excessive alcohol consumption basically puts higher brain functions at a standstill, why do some people find themselves in bed with someone when they wake up in the morning? Wouldn’t that require some thinking?

Primal and intrinsic sexual desire and arousal are controlled by the amygdala, hippocampus, hypothalamus, and the pituitary, which all still work perfectly fine when you’re fucked up. That’s why we want to sleep with anything that breathes when we’re really drunk.

However, this brings up a huge problem: Since your higher brain functions are shot, all a blackout drunk person’s brain is good for is eating, breathing, causing mayhem, and sex. As we’ve been hearing in the news lately about Supreme Court nominee Brett Kavanaugh’s sexual assault accusations, this combination can have some very bad outcomes that can literally ruin your life.

With that said, let’s all do our best to drink in moderation. It’s best to stop before things get sloppy.