Partying is embedded in our DNA. 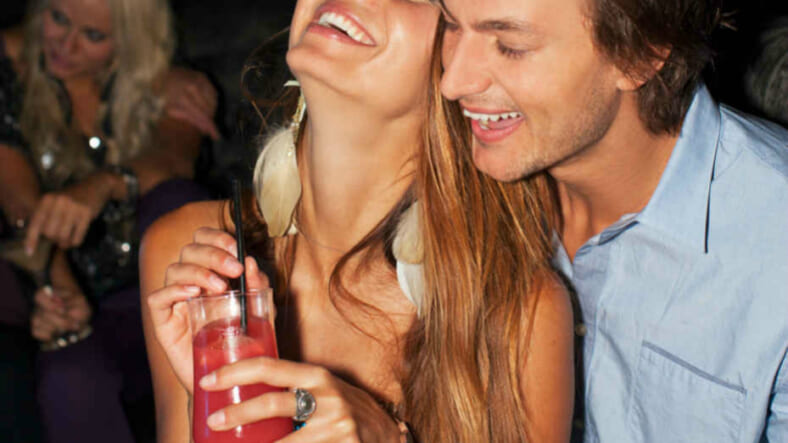 Do you like going to music festivals and bobbing your head to the wub wub beat of dubstep with thousands of fellow festivalgoers? What about putting on some tunes and dancing with your buddies? Turns out there’s an evolutionary reason for these things.

According to evolutionary psychologists, moving rhythmically together—a.k.a. dancing—was the way early humans communicated and bonded with one another. And judging from festivals like Lollapalooza, Coachella, and Tomorrowland, it still is.

What we today call partying, French sociologist Emile Durkheim called ‘collective effervescence.’ So—when people move in a “shared, directed experience, a current of excitement starts pulsing through them.” Put simply: jumping around together is a way to feel like you belong.

Paul Carls, a researcher at the University of Montreal, writes of Durkheim’s work that “[this] impersonal, extra-individual force, which is a core element of religion, transports the individuals into a new, ideal realm, lifts them up outside of themselves, and makes them feel as if they are in contact with an extraordinary energy.” This is probably especially true if you’re doing drugs while partying.

“Collective effervescence” goes waaay back to ancient times, when the leader of a religious group would lead followers through specific movements for a religious ritual. As University of Connecticut anthropologist Dimitris Xygalatas told Science of Us:

A shaman would have carried people through ecstatic experiences, but today that’s the role of the DJ (or rock band or soccer team, depending on your enthusiasm).

“Ritual is a social technology,” Xygalatas said. “There’s a communicative aspect, but also a primordial, instinctive aspect; to follow rhythm, be driven by it.”

So yeah. That all too familiar urge we all get to bob our heads and flail our arms around with other people is biologically embedded in us so that we feel like we have friends.